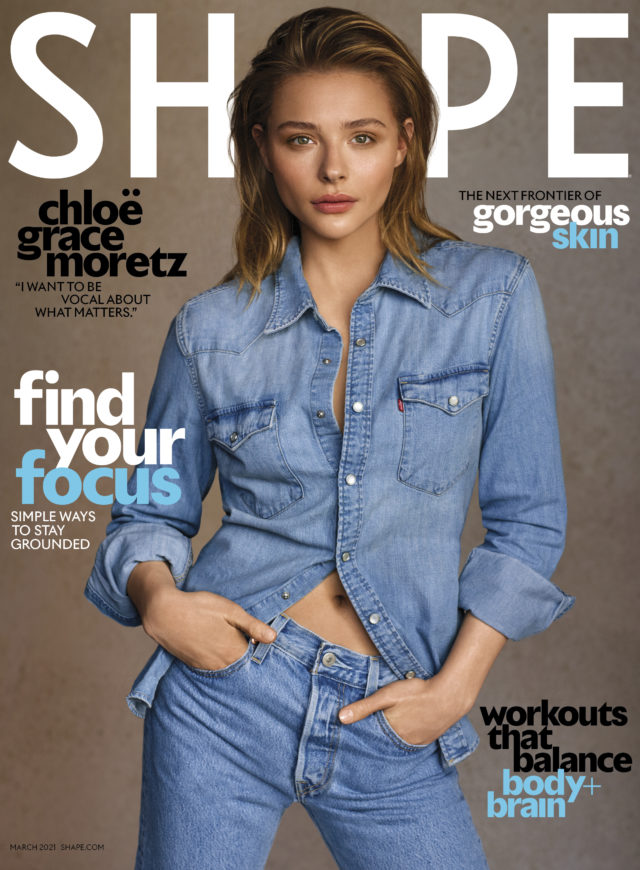 When I opened the email that contained this cover, I literally said  aloud to my phone, “Chloe looks great!!” And she does — this feels so natural and relaxed and she looks fantastic. She has a tendency to fussier dressing on the red carpet, but this kind of clean, late 70s feel is so good on her.

The interview is a good read!  She’s ostensibly promoting “the feel-good action comedy Tom and Jerry, based on the cartoon classic and set for release this month,” but also makes sure to mention that she’s starring in “the dark drama Shadow in the Cloud (out this spring) as the no-nonsense heroine Maude Garrett, a ruthless World War II pilot who is challenging the patriarchy as the sole woman on an all-male crew,” the latter of which sounds awesome, but which was originally co-written by Max Landis, which has caused a bit of an issue for the film. (CGM was also in a Louis CK movie, to her own dismay, and I really hope she’s changed agents/managers, because someone on her team is not doing appropriate due diligence for her when it comes to projects.) I thought this part was extremely relatable:

“I was pescatarian, but then over quarantine, I just couldn’t not have fried chicken. For a solid two weeks, I ate Dave’s Hot Chicken: two fried chicken sandwiches every day. I was like, ‘I’ve got to have it. I don’t know what to do about this.’ I became a little demon. Then I was like, ‘Something happened. I’m not OK. My digestion isn’t normal. I’m totally breaking out.’

(Shape talks a lot about people’s diets as part of their health and wellness coverage.) We’ve all been there. She also looks great in the interior shots; the no-makeup makeup really sings on her. Welcome back, CGM!

Photographed by Thomas Whiteside. This issue of Shape is on sale February 12th.

Let’s Revisit the Worst-Dressed of the 2020 Oscars

Lana Condor Gets Very Shoulder-y on Self