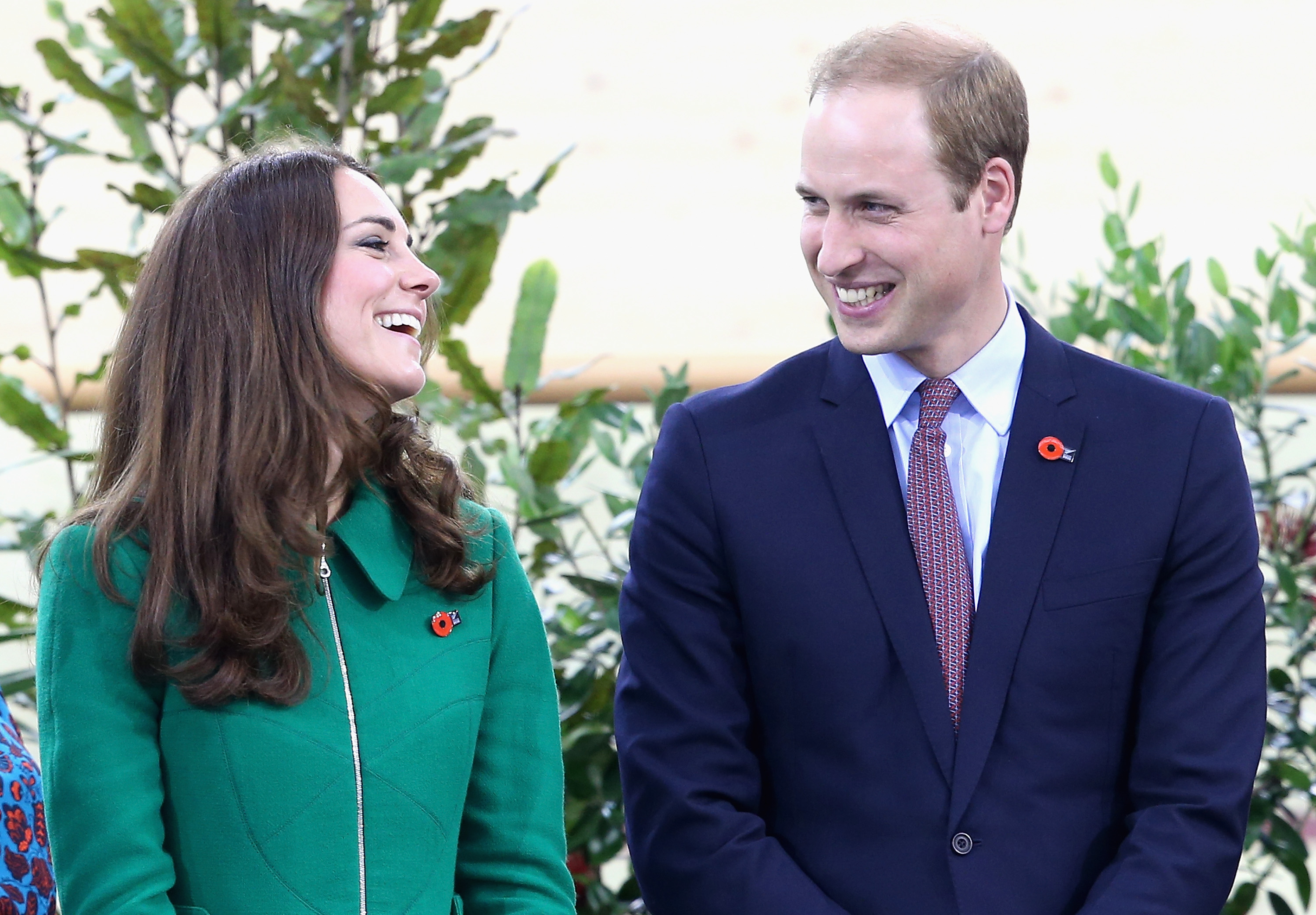 There was A LOT on the docket today: Kate visited a children’s hospice, William went to an aerospace something or other (technically, it was the aircraft manufacturer Pacific Aerospace), they both went to visit Cambridge (appropriate; and per Twitter, there are 18,000 residents of Cambridge, NZ and a crowd of 15,000. As Cambridge Watch put it on Twitter, “those other 3000 people are no fun”) where roses were laid at memorials, and then they went and hung out with some Olympians and opened the Avantidrome. I wonder if everyone reminisced about the London Olympics and how fun they were and how everyone at those Olympics had such amazing abs….

Where were we? Ah, yes! Big day for Wills and Kate but no wardrobe change — and no George, who I don’t think we’re going to see until they get to Australia, maybe, so at least a few more days…I think. (Tomorrow is even busier and involves a Maori welcome and wine-tasting and rugby and white-water rafting, which is actually also all of what I have on my sked tomorrow as well.) At any rate, let’s eyeball them. I hope it goes without saying that I like her green Erdem coat VERY MUCH. She told someone that William thought it was “a bit bright,” but I am pleased that she clearly was like, “yes,  and you own 45 identical blue suits,” and wore it anyway. (I can’t see what she’s got on underneath — there was serious discussion on Twitter, and we finally decided it was probably old tee shirts of W’s — but I guess we were wrong, as I read on Kate Middleton Style that it’s this fabulous dress by Susannah which now I also covet. So. Yeah. This tour is really, really bad for my budget.)

You should know that as always I picked the photos where (a) you can best see her outfit, and  (b) they’re cute with each other. Let’s not pretend we don’t care about that.