Well, this is a rare treat: a deployment of the same pattern in the same night, a country apart. The fashion gods are smiling upon us this fine summer week.

First: Andie MacDowell’s actress daughter, Margaret Qualley, who is on The Leftovers (it’s her only credit so far, really) but is making the rounds like crazy right now: 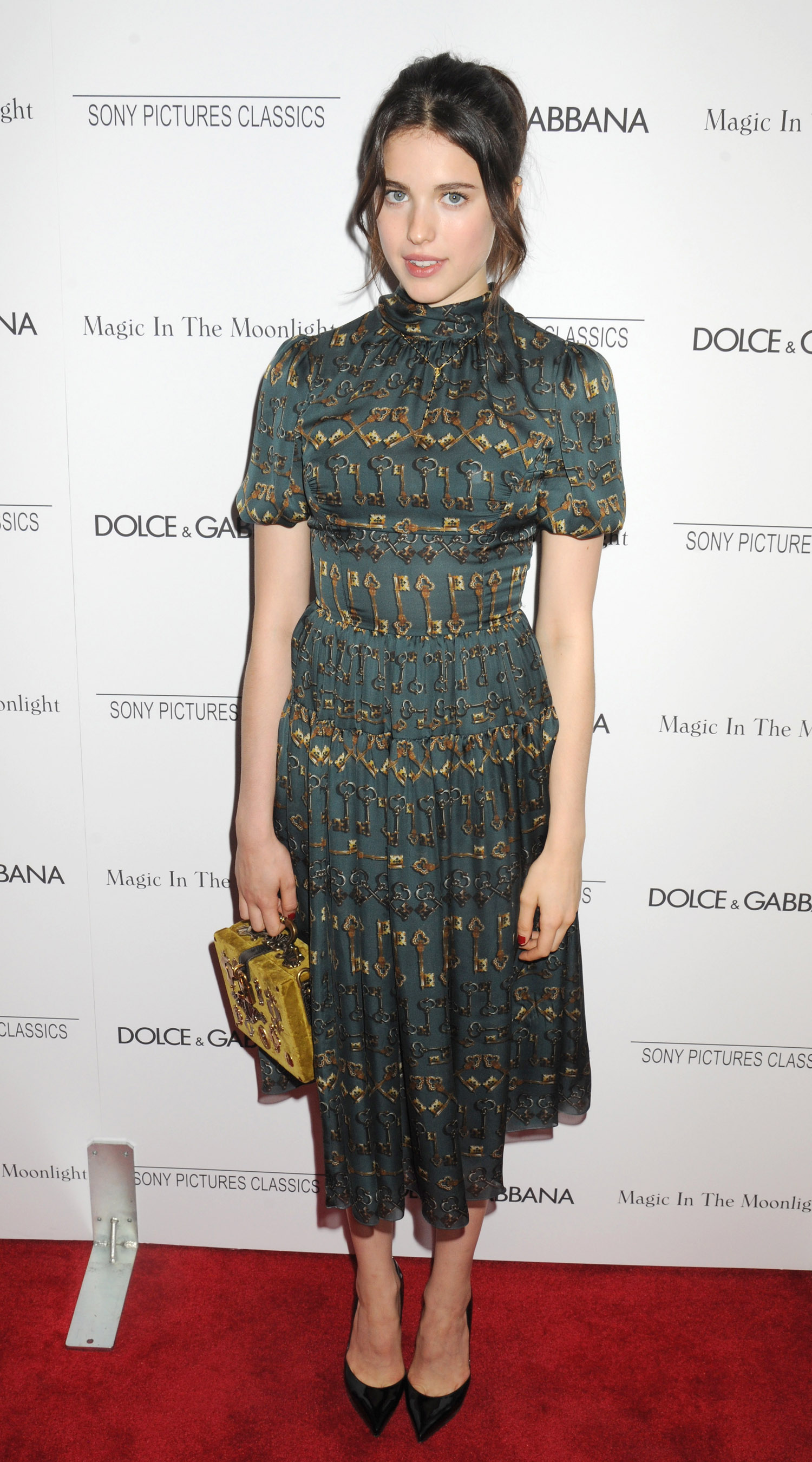 I want to like this – I do, conceptually — but I’m really distracted by the piece of it right under the waist seam. It’s like a four-inch chunk and then another seam, and it’s bubbling out and making very unflattering things happen. Why do designers set traps like that? Why not TREAT your customers instead of tricking them?

She did at least pair it with a funky purse; the shoe choice could have been more interesting and more seasonal, and of course the lack of bracelet will send cries of “NAB” reverberating throughout our grand Nation of Fug. But Megan Fox didn’t use a bracelet either, ALSO carries a cool purse, and chose black shoes: I wish you could SEE the purse; it’s black and gold, beveled, like a jewel; nothing we haven’t seen before, but still good. And she’s got the more summery frock by far; the shoes still are far from perfect, but are at least better, and I think the EXTREMELY simple strapless cut lets the pattern do its job better than on Margaret’s. When you have a pattern like that, you can afford to let it do some of the work for you. DELEGATE, y’all.

I’m inclined to give this one to Megan, though. And as a sidebar: Nickelodeon Kids’ Choice Sports? Really? This necessitated a whole separate awards show? It feels like a cynical swipe at publicity on the backs of everyone being in town for the ESPYs, but I guess… I mean, kids ARE probably choosing sports even if Megan Fox might be going over some of their heads, so I guess it’s not an unsustainable idea. Just a really unnecessary one.