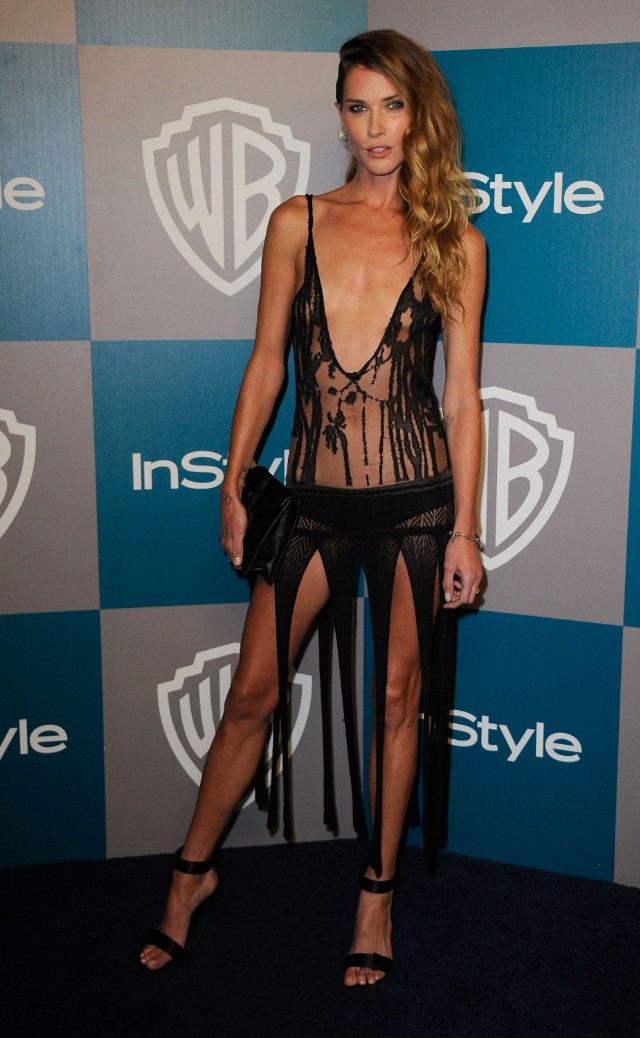 I’m sorry, but I’m so impatient with something this terrible and embarrassing. You know how it gets obnoxious when Lady Gaga swoops in wearing an ovum and steals the red carpet away from every single other person who was excited to attend the Grammys? That’s how I feel about this ridiculous loincloth. Except I think this is worse. Erin Wasson, I have learned at Fashion Week, is a model and “designer” and former muse of Alexander Wang. And obviously she was pretty sure this was her night — at a Golden Globes afterparty, celebrating things in which she did not star, at a ceremony where she was not a nominee, in an industry for which she barely works — to wander around like a stripper who got in a knife fight in the hosiery section of Macy’s.

I would congratulate her on being, unequivocally, the worst-dressed person of the night, except I’m not sure she’s eligible because technically she isn’t dressed at all. Or to put it in totally hacky terms that I think you will enjoy because you know how much I love a deliberately awful pun: That outfit’s not so much wasson as wassoff. I hope the editors of InStyle slapped a disclaimer on her back while she was in the bar line.