The two pieces of this first outfit came from different runway looks, and you can tell: They just… don’t quite mesh, pun partially intended. I am always distracted by white and cream when they aren’t thrown together as a pattern; one just makes the other look soiled, somehow. And if that skirt isn’t cream ,then it’s at least SOME different shade of white. There. I said it. I don’t know my off-hues. Cream, off-white, ecru, eggshell, vanilla, milkshake, vanilla milkshake… I cannot discern. There goes my career making paint.

I was going to guess that these two outfits were by the same designer, but no, they’re just of a (holey) piece: 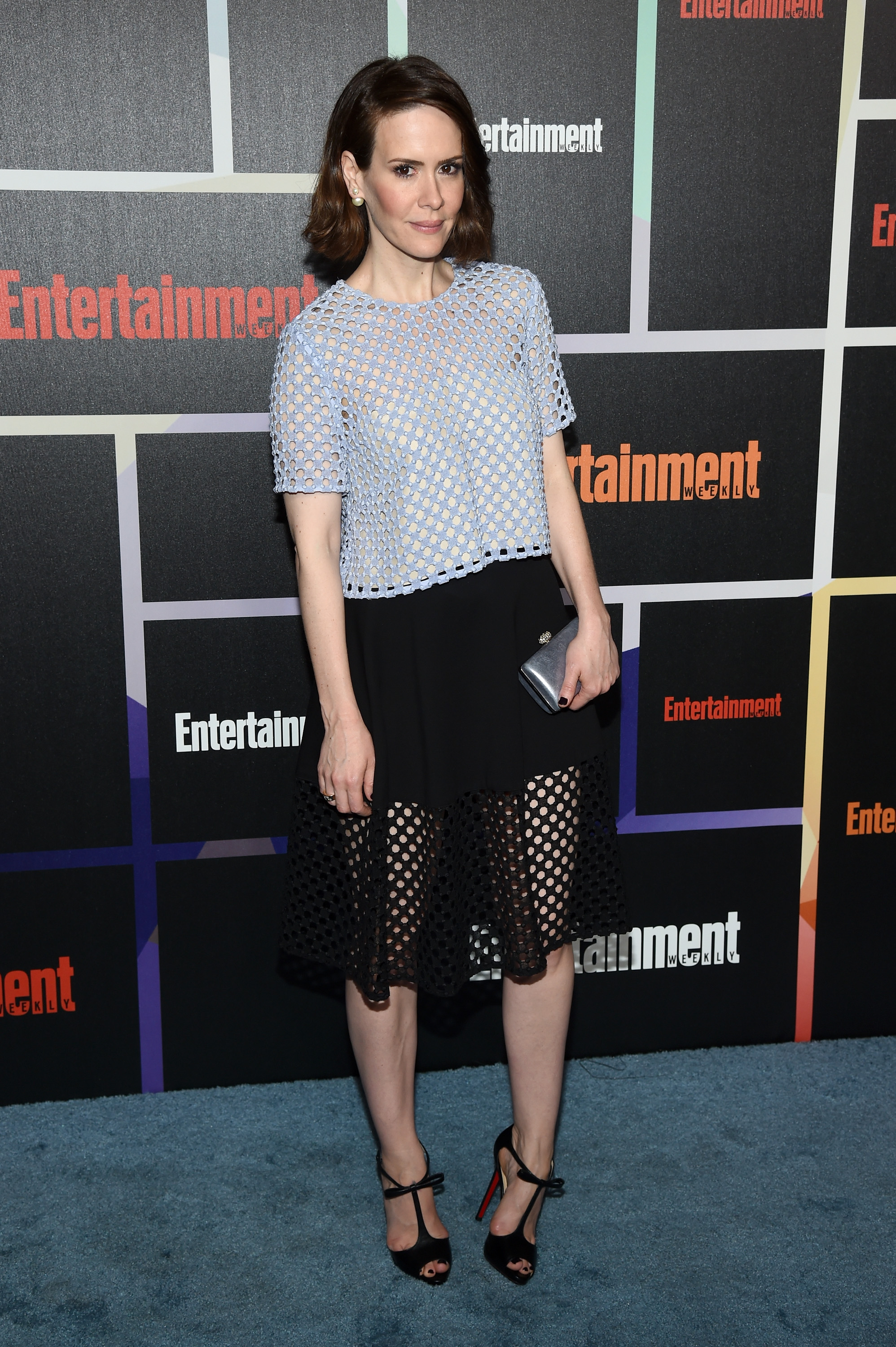 She ALSO appears to be wearing the same shoes, but in black. Oh, Sarah. I love that lavender color on you, with your dark hair, but that skirt looks like you had to take the volleyballs out of it first.