I deeply appreciate her for trying something unusual, and I actually wish Blanchett had done this: 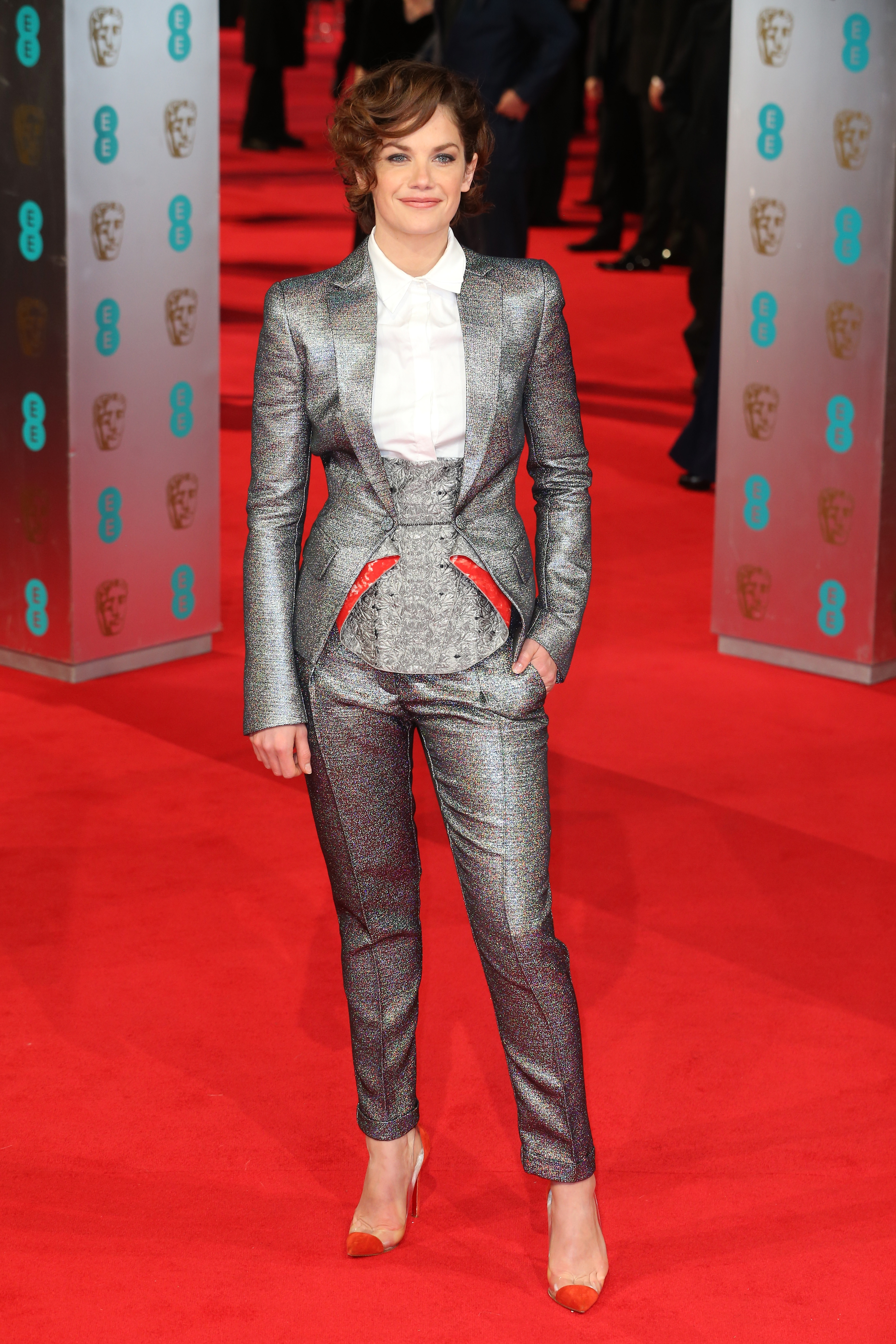 I’m not sure I’m feeling the metallic cummerbund, which looks like a fancy frog puffing up its stomach, or a piece of womb-armor. (That’s not speculation, by the way; just where it’s placed.) I do not care for the seams in her pants, which don’t take kindly to movement and also give this a surprisingly Geriatric Bowie feel. I DO like the hit of orange that she’s coordinated with her shoes, even if those are made of The Dastardly Plastic, and the texture of the suit is great. I’d give it an 83 percent, just enough for a B grade, but I’d also want to send her back to see what else she can do to improve her mark. Better lipstick? Stripping away the abdominal plate? Ordering pants without delusional longitude seared into them? Try it all.

For a pre-party she pulled out something that both Jennifer Lawrence (in black) and Maggie Gyllenhaal (in dress form) have worn, and it’s hideous in all three forms: What DOES this woman have against her stomach? First armor, and now a giant scrunchie. Next she should just blow up a duckie inner tube and call it a day.