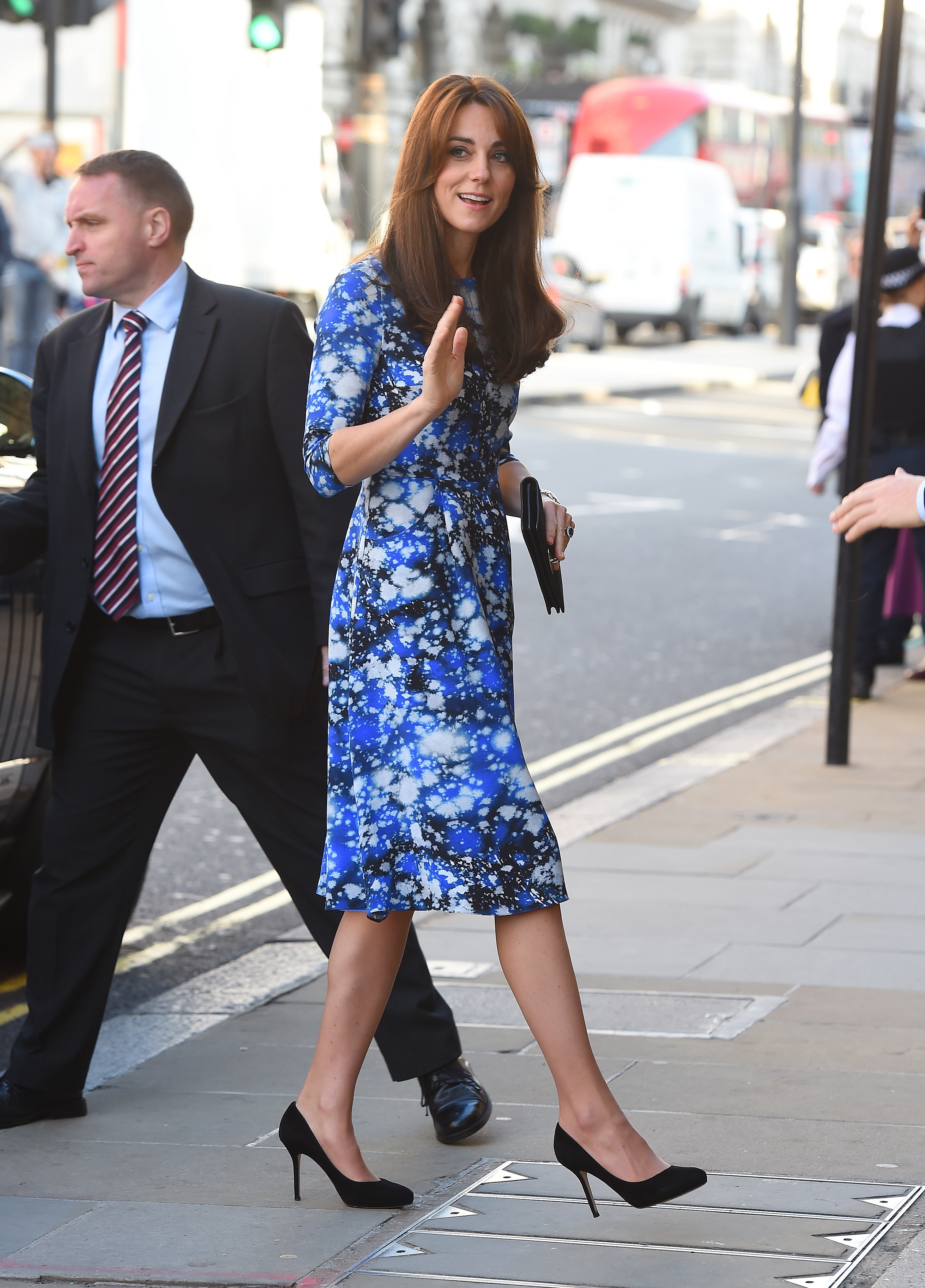 a) I LOVE this outfit on Kate. You guys know my feelings on patterns.

b) The three of them are also attending the Spectre premiere tonight, so stay tuned for more shenanigans. I love it when the palace sends the three of them out together. I vote for Trio Shenanigans At All Times, please.

c) This particular event — which was a big to-do with loads of kids, and patients from the Royal Marsden hospital, was hosted by Charities Forum (which is the collection of all the charities that these three are patrons of, or work with) and BAFTA —  also produced a variety of entertainment for us, such as when they all did something called “welly wanging,” wherein one wangs a welly at something to try and knock it over, which I decided someone obviously originally made up as a prank. Wills nailed it:

Harry, to his very amusing dismay, did not:

In addition to wanging a welly, Kate also got to do some greenscreen acting with a child:

The Duchess of Cambridge gets involved in a very special @aardman animation #Llamadrama #charitiesforum pic.twitter.com/hMUso8gRLm Recent Fugs or Fabs: Jessica Biel in Balmain and Valentino