Yikes — Kristen here had to jet from Cannes to L.A. and then back east to New York. 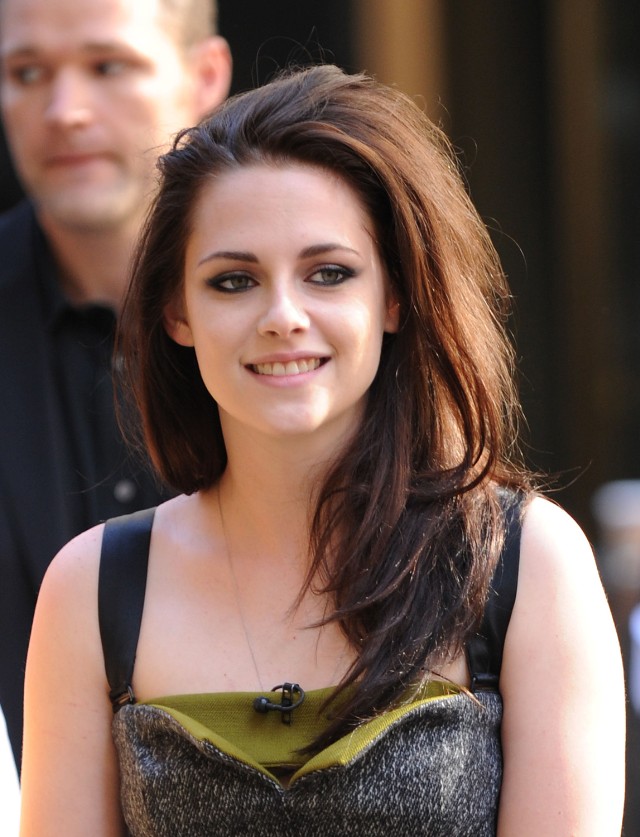 She’s holding up pretty damn well, especially because going on Today means that, if you’re jet-lagged and on L.A. time, you’re basically waking up around when your body is expecting you to go to bed after a night in the back corner of a club that’s giving you free champagne. Her skin looks great, and I love it when she’s a rich brunette — she’s been blonder and she’s been blacker, and neither of them seemed to suit her as well as the warm chestnut tones. It’s such a relief that we’ve put that greasy Runaways phase behind us, because I never enjoy looking at photos of people that give me a case of scalp itch by association. In sum: Hooray. And let’s consider the equally effective outfit: Super foxy, yet casual. I love the hit of spring green. It took four Twilight movies to get me here, but I am on board the S.S. Stew. For now. However, I get notoriously seasick, so at the first sign of pitching and rolling I may have to swim for land.

Fug or Fab: The Olsen Twins