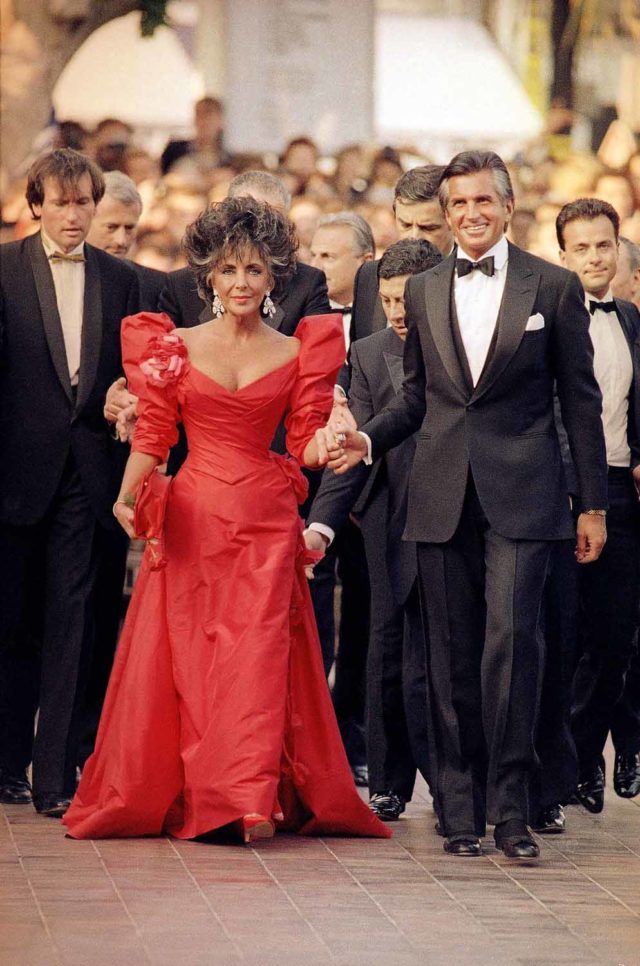 It’s a motherf*cking bronze-off, Fug Nation In the red corner, we have Elizabeth Taylor, storied actress of stage and screen, legendary AIDS activist, memorably Vaseline-lensed purveyor of perfumes, who seemed to get tanner and tanner as she aged despite us knowing more and more about sunscreen (albeit, still not yet enough). In the other corner, we have George Hamilton, who started tanning to avoid wearing heavy stage makeup that would melt off his face and then kept doing it when it scored him lots of ladies, which is a paraphrase of his own retelling. These two dated briefly — his story from that era is of Liz being caught sunbathing topless, and not caring because she thought her boobs looked great in the picture — and tanned for longer. George even shilled his own line of bronzer products for QVC, and still suns himself even though he’s had a skin-cancer scare. Liz also kicked skin cancer in her legendary life, but truly, I think these two burnished themselves with makeup as often as with Vitamin D. Liz is setting off her tan with a truly enormous ’80s sleeve the likes of which we all dreamed of longingly back then, and some white diamonds (rumor has it they have always brought her luck). George is hoping his classic tux has done enough. Both are pretty confident in the their dental work. Truly, they are a matched pair, down to their hair — the salt-and-pepper salt and pepper shakers of Cannes, but we should probably declare one of them The Tannest of Them All (That Day).

This Was Only a Year Ago, But It’s Important Never To Forget