I do not know who told Cassie Scerbo to wear this out of the dressing room, much less out of the house, but she needs to take them to court for intentional infliction of emotional distress: 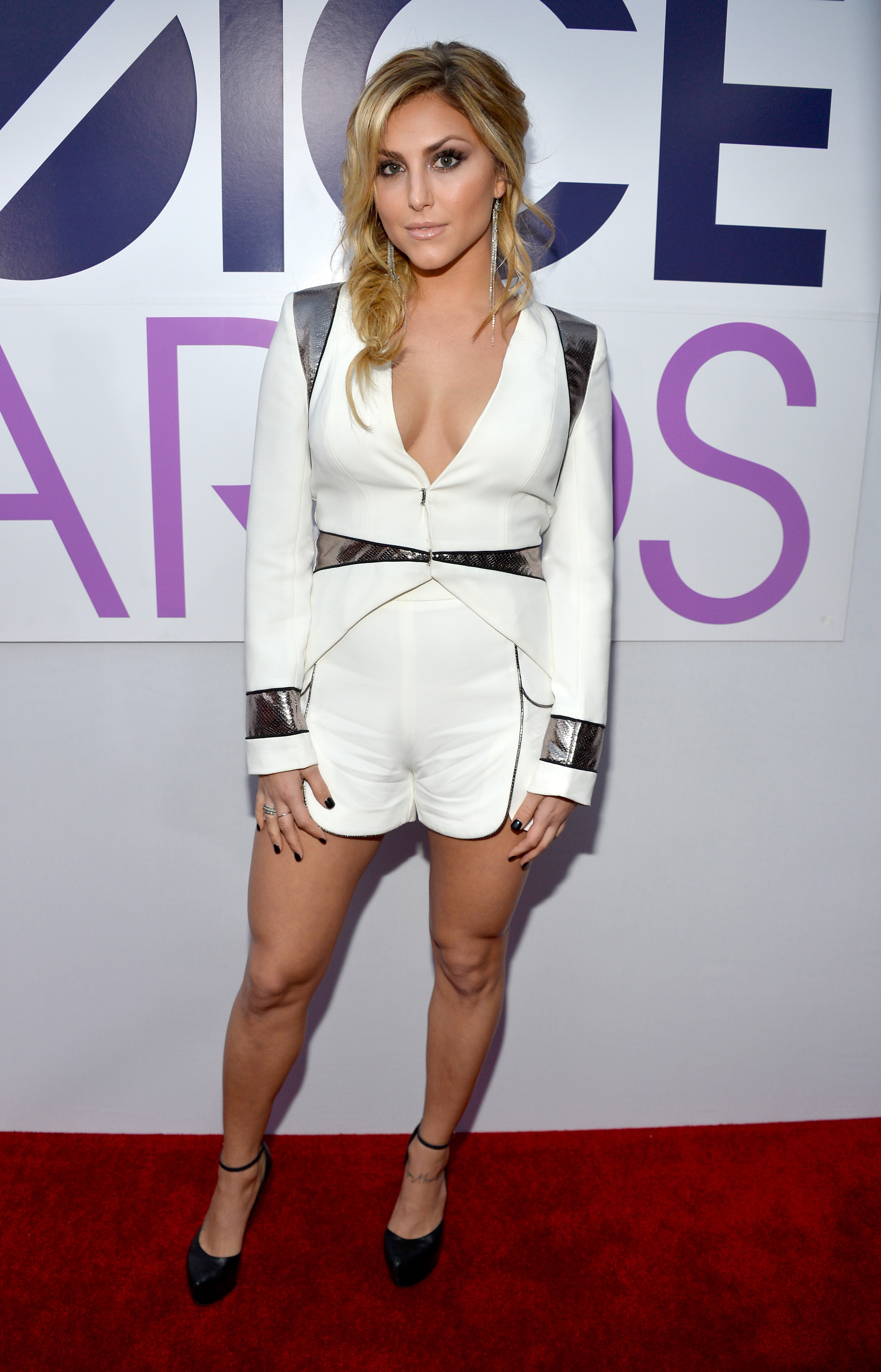 I still don’t know if she’s going to be suing them on her own behalf or as part of a class action lawsuit brought by all of us who feel as if we’ve been assaulted by this thing. Because OH HONEY NO. NO. NOOOOO. This is the costume for the head floozy in the failed musical Car Hops From Space! or what the lead actress in Ow! My Crotch wears in that play’s climatic first act showstopper. It may actually literally be in Xanadu somewhere. It is unflattering and it is weird, and sometimes you can get away with one of those adjectives, but rarely both of them.