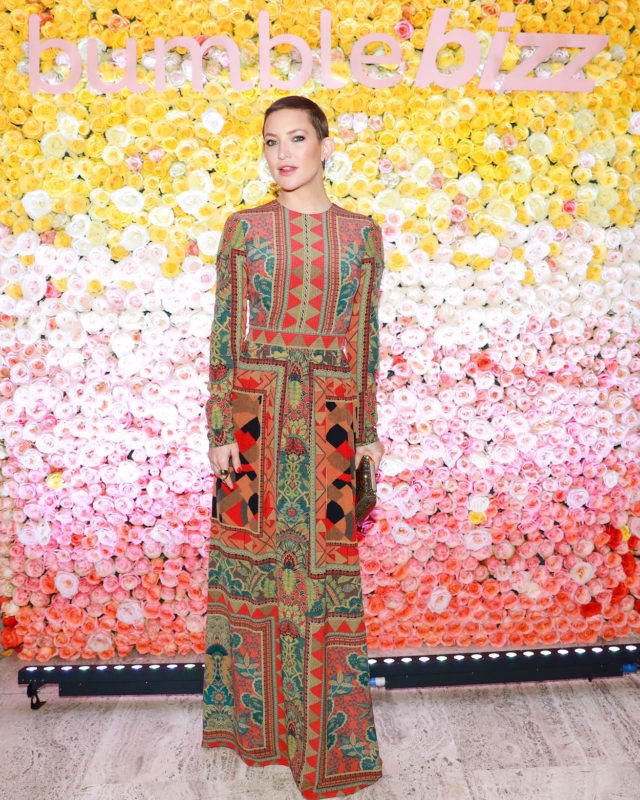 This is overwhelming. For me, and I think also for Kate, who gets lost amid the blooming step-and-repeat and the Cost Plus World Market rug she’s wearing. I’m in agreement with the Fug Nationals who believe the buzz cut is giving Kate a little much-needed edge — more of a Cara Delevingne aura than a Goldie Hawn 2.0. It’s like built-in attitude. But I’m not totally sure she realizes that, because she could stand to embrace it a little harder. I almost want to see her embrace the androgyny more at an event like this, and then pivot to total froof elsewhere, and have fun playing with the extremes rather than hovering timidly somewhere in between. Because this doesn’t even seem that fun. Toss it, Kate, and find some bliss.

Mandy Moore Kicks It Up a Notch in a Floral