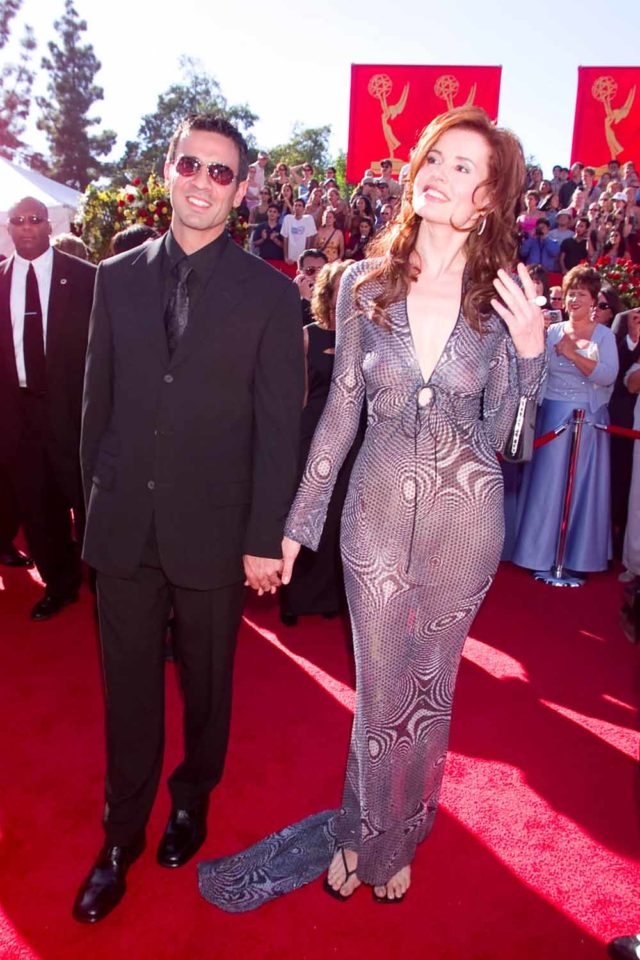 Barbra Streisand had worn a sheer pantsuit. Cher had been Cher. And Kate Moss had worn her see-through slip dress. But it wasn’t exactly commonplace, so I still remember Geena Davis walking out at the 2000 Emmys to general whispers about whether her dress was… was it really… could it be… and Reader, it was. It really, really was.

For that post I linked to about Kate, I dug up a quote wherein she claimed she had no idea hers was sheer, because it it was dark in the flat where she put it on, they weren’t paying attention, etc. But hers was SO transparent that her explanations felt that way, too; it seems impossible that she didn’t know. Which is why I appreciate Geena’s forthrightness so much. She said to the New York Times, “Of course I knew that dress was sheer. I had looked right at it in the mirror.” THANK YOU. Also, the designer Pamela Dennis told the Post that she offered lining and that Geena even toyed with different lighting situations before concluding this was exactly what she wanted. Do I get it? No. I like a little mystery, personally. My nipples are not on the menu. But I appreciate that Geena completely dispensed with the coy notion of, “Gee, I had no idea.” She didn’t duck. She owned it. She stuck to her intentions, turned on the headlights, and drove full speed. If only we’d known then that we were on the precipice of 20 years of sheers, and how BORING this would become.

Ten Years Ago, Melissa George Put This Thing on Her Head.

On Thursdays We Revisit The Mean Girls Premiere