So, right before I saw this photo, I had found one in which a different photo service mis-identified Ivana Trump — IVANA, not Ivanka — as Gigi Hadid. This is important because it establishes that I was already in a “WHAT IS GOING ON???” frame of mind when I saw this photo thumbnail and thought, “Dear GOD, and now they’ve mistaken Ashlee Simpson for Taylor Swift.” Observe: 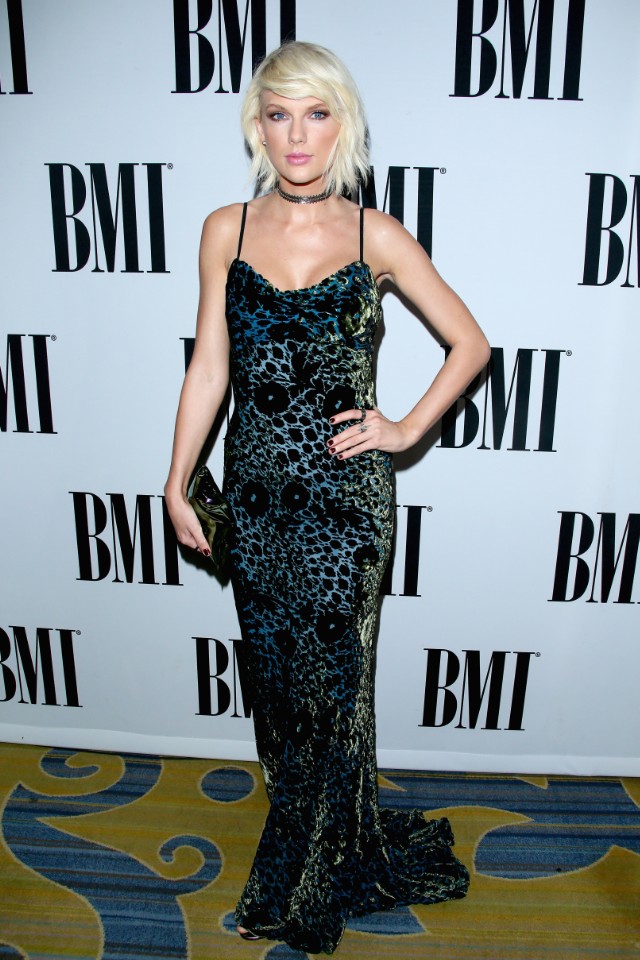 In fairness, that IS a leap a person could make, if it were, say, 2007. That thumbnail says, “My extremely famous sister Jessica is wearing Daisy Dukes with wedges all over town and I’m stuck in burnout velvet and chokers because my dad told me I’m alternative.”

It’s so jarring. I’m sure on some level she’s enjoying looking like someone else for a while, because she was on tour for 1989 for a LONG TIME and I suspect Team Swift wanted to deliver consistency to the fans. I will note that the frosty hair makes her eyes look absurdly blue — she actually here reminds me a little of Partially Blind Amanda from ANTM season 3 after Tyra made her go platinum. WAIT. That really is it. I just blew my own mind. This whole look, in fact, feels ripped from some kind of challenge where they have to style themselves for a cocktail party and then deliver a line about CoverGirl. Naima totally would have worn this. Except of course that challenge was from Jade’s season.

Well, now we know what I’m doing the rest of today. Thanks, Taylor! Tell the Aughts I said hi.