I’m not sure why, exactly, I’m blanking on an opinion here. Some of it might be that Reese seems so freaking happy since she got married — everywhere she goes, she’s grinning like Garfield on lasagna day — that it tends to elevate whatever she’s got on her body. It’s just nice to see a celeb doing his or her job without acting like it’s a chore to be there, even if it is, and frankly, I’m SURE it is to some degree because I go without food for half a day and I turn into Grendel’s Mother; many of these people probably stop chewing things days in advance of an event. But I also think she has a good sense of what fits her body, and since I haven’t been feeling terribly optimistic about the scripts she’s picking lately, I want to feel like she’s making up for it elsewhere. (Seriously, I never need to hear the phrase “sex tiebreaker” again.) 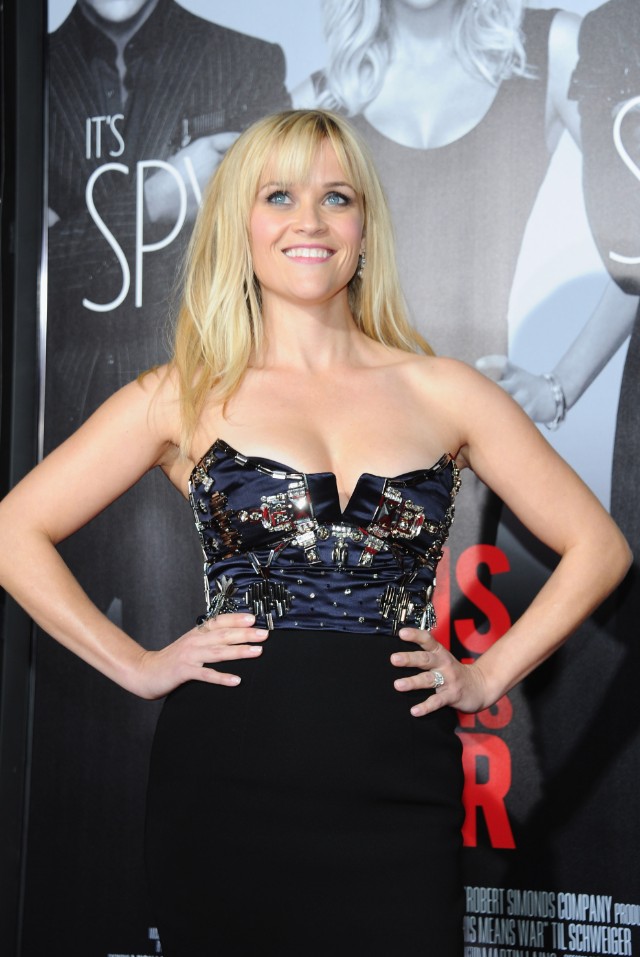 This DOES look a tad like she stuffed a dress underneath a pencil skirt. Do these two pieces belong together thusly, or should they amicably separate and pursue their own independent lives before filing for divorce on the grounds of irreconcilable differences while one of them heads to rehab for “exhaustion” and the other dates [insert summer movie hunk here]? … Sorry, I was just on a plane for six hours. I read a LOT of magazines.

Unfug It Up: Leighton Meester