Well, we’re ahead of the game because she finally scraped the overlong bangs off her face. 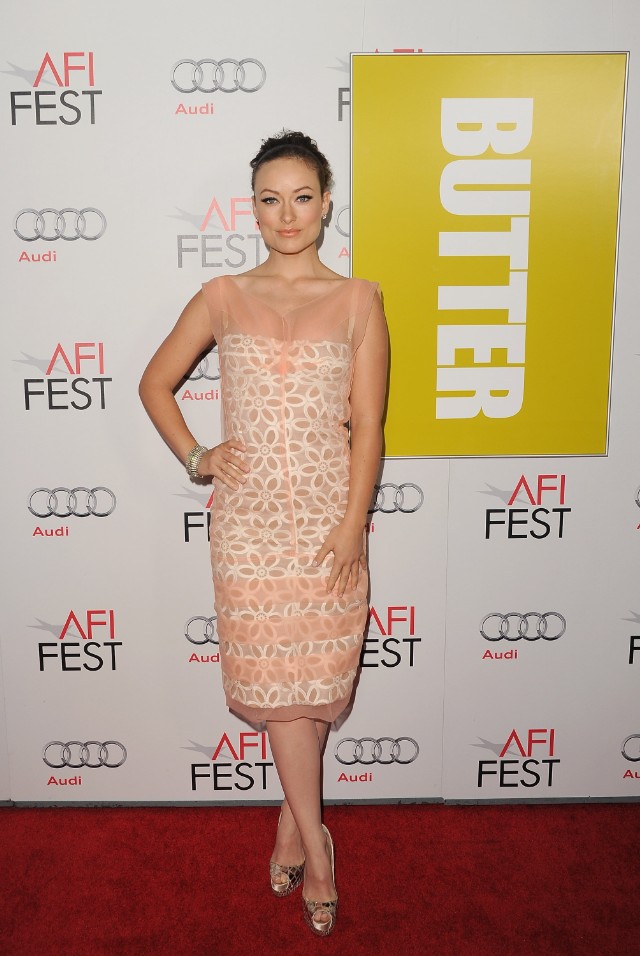 I might not be enamored of how she did it — that is what my hair looks like when I’m doing yoga — but I feel like she’s taking steps toward working her face to its greatest advantage. As for the dress… I don’t mind the concept, but somehow it also looks like an Easter brunch table setting. Which I could get behind if there was a ham here. Is there a ham here? Sigh. Didn’t think so.

She went with a less girly approach another night: It’s… I have a red dress with a little belt that has a similar carnation-like flower motif in the center, and when I bought it I veered between thinking it was cute and worrying that it looked like I’d just been shot in the stomach. So I sympathize with Olivia here, especially because I was only gunned down once and she appears to have taken it twice and that is way harsh, Tai. Most of all, I feel like if you are Olivia Wilde, and you therefore have Olivia Wilde’s body, it shouldn’t matter if you think the flower wounds are pretty or how great your boobs still are: ANY dress that creates the illusion of a lumpy and bumpy midsection should go straight to the top of the “burn it for fuel” pile,  Barbecue the ham on the embers and then place it on the other dress and hand out forks to your friends.