Is it weird that, all of a sudden, I find myself thinking, “I want better for Megan Fox than a Teenage Mutant Ninja Turtles movie”?” I didn’t even know I cared. I am, however, not surprised that I care about her outfits, as that is my job. Exhibit A: 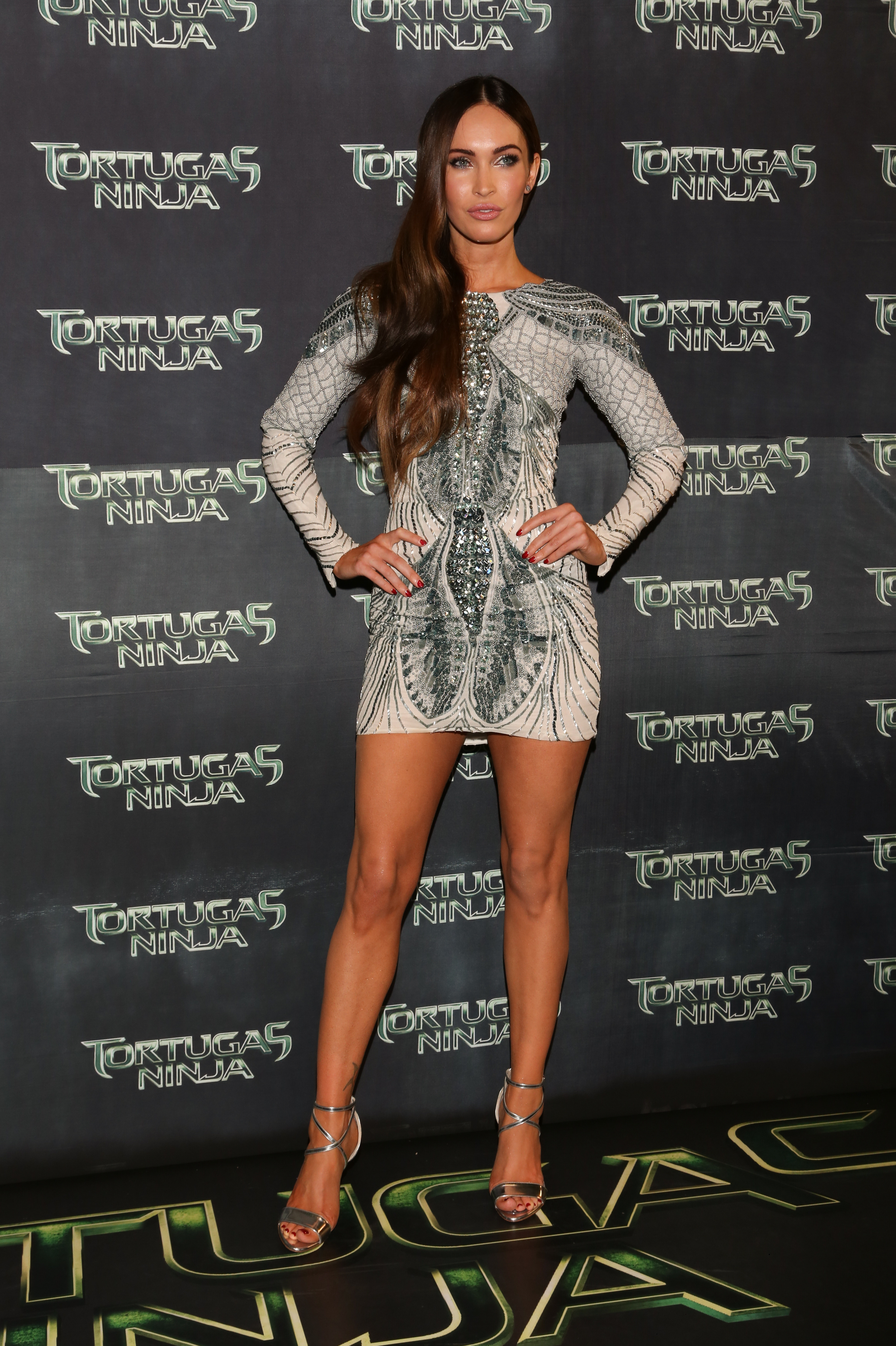 This dress is theoretically kind of creepy and weird — it looks a bit like she skinned a dragon. There’s something slither-y about it, and yet also something Showgirls about it. In short: It’s basically what the lead on The Real Housewives of Slytherin would wear. But I would totally watch The Real Housewives of Slytherin and I also think this suits her.

She’s ALL about the short skirts right now, not that I can blame her. For example, at Comic-Con over the weekend: That skirt kind of looks like it was made out of the reclaimed leather from the bench seat in someone’s truck, but I’m still not mad at it.