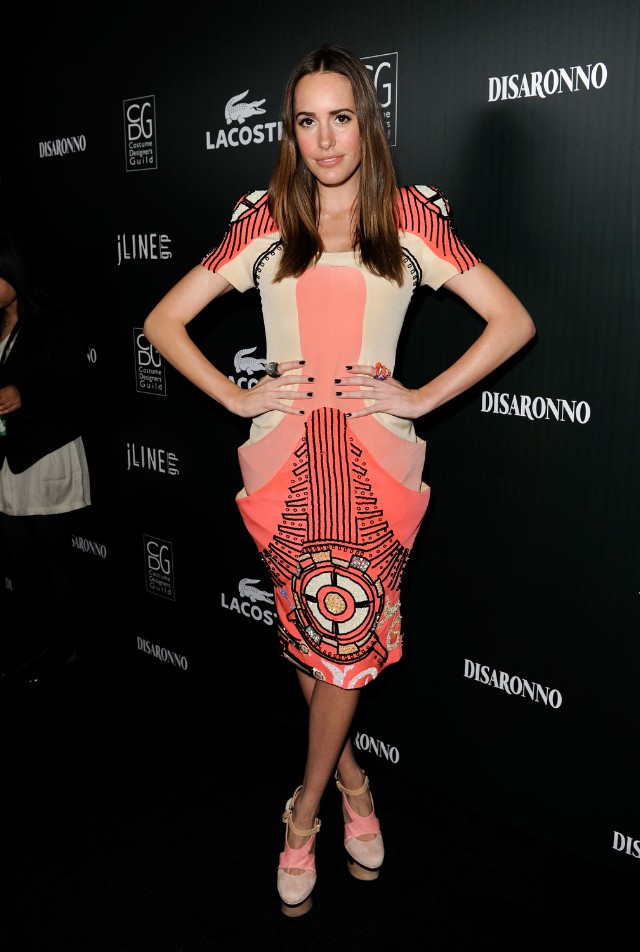 Now, in fairness, I must admit that I thought she seemed very competent at “her job” when she was “working”  “at Elle” on The City. And she was okay on E! during…God, whichever of the awards shows she worked for them. Managing to claw yourself out of that live show with your limbs intact is a feat. And we saw a LOT of her at Fashion Week, but we certainly didn’t overhear her doing anything obnoxious or see her acting particularly cracked out — although she WAS generally sat in the “celebrity” section, rather than the “journalist” section, which makes me think she might not have really been COVERING Fashion Week as much as hoping to be covered. Regardless, I’m going to extend the benefit of the doubt to the girl until…I decide not to anymore. And I’m giving the benefit of the doubt to this dress, too. In fact, while I don’t know if I think that ALL of the architectural elements work — I think the shoulders AND the hips are too much — I think I might like it, as a whole. I certainly like the color. But who cares about ME? What do you like about it?