Because of the Kids’ Choice Awards over the weekend, we’ve decided to run the Fug Madness Elite Eight matchups on Tuesday rather than spreading them across two days. Ergo, here are the results from the last round and a preview of what you’ll see tomorrow. Hint: Everyone left is REALLY worthy. If you are a visual person, here is the updated bracket: And if you want to know how the last round’s matchups shook down, percentage-wise, click on to the preview: Madonna’s tear though this bracket continues — she’s knocked out Gwyneth Paltrow, Nicole Scherzinger, and Sarah Paulson (the latter kept it closest, earning 40 percent of the vote), en route to a showdown with Miss Miley. Kristen Stewart’s bad pants were no match for Miley’s bad everything; she snagged 87 percent of the vote.

One of two brackets in which the seeds bore out, this one is whittled down to Kim Kardashian — who trounced Ellie Goulding with 90 percent of the vote; is it her destiny to face off against the erstwhile Destiny Ray Cyrus in the finals? — and Rita Ora, who put a stop to Vanessa Hudgens’ surprising run with a whopping 69 percent of the vote. RiRi won 69 percent of the vote against fug favorite (however you slice it) Zosia Mamet. Now she has to take on a woman many feel had a year of destiny herself. Paula had a tough battle with Katy Perry, but squeaked out 57 percent of the vote.

Thank GOD I don’t have to write another post featuring Jaden Smith. He gave Gaga a run, but she still got 61 percent of the vote and so sent him back to Planet Smith. Jessie J, meanwhile, handily took The Battle of the Jesses, beating Jessica White with two-thirds of the vote. She and Gaga are a matchup worthy of the finals, and to think, this is just the Elite Eight.

Well Replayed, Kate Middleton (with an assist from Princes William and Harry and George and also the dog) 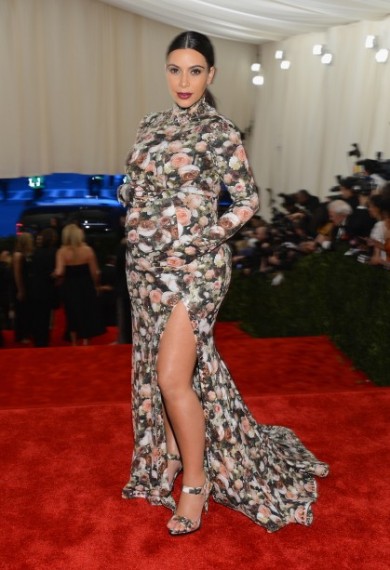