I don’t think it’s an overstatement to say that Rita Ora is the odds-on favorite to win this whole thing. She could take Kim. I think she could take anyone. Can she take Kristen? We’re about to find out. And this is a start: She also has dressed like a droopy Lady of the Lake; a bedspread from the 80s; a deranged Girl Scout; Britney’s “Oops” video; and Chloe Grace Moretz. And don’t forget her disco shirt!

She obviously spent much time advancing the cause of the sheers: 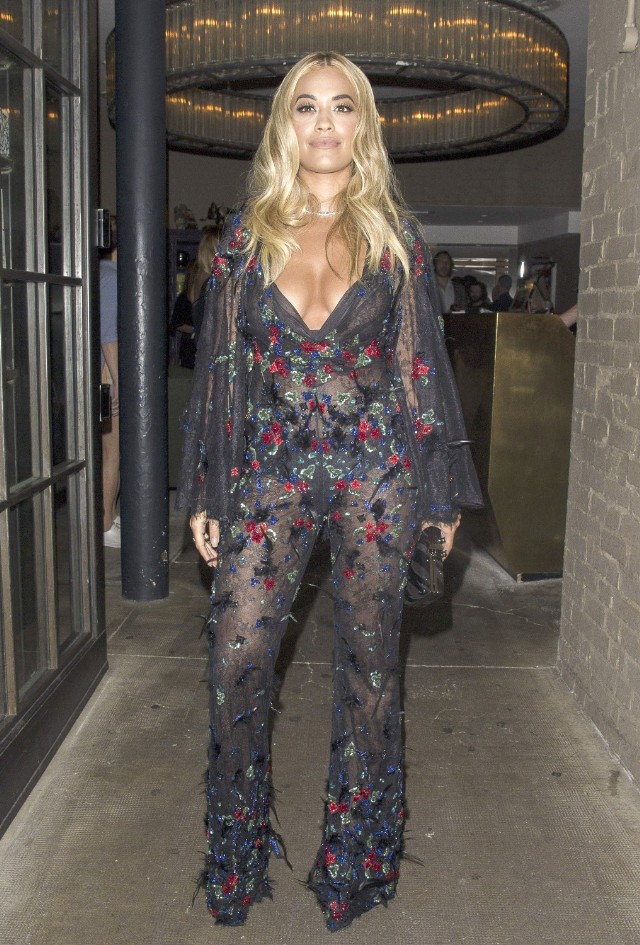 More than once, actually: She also advanced the cause of sidebutt: And of aggressive sparkles: And of…uh, whatever this is. A formal flotation device? Guess who wore Spanx on SNL? You might think the answer is Rita, but AHA! It is Kristen (whose head looks GREAT, it must be said). You might also think that giant feathery sleeves are also Rita’s area of interest but again AHA! And I suspect Rita fully would have worn this: I feel like Rita is also sad that she didn’t get to wear a one-sleeved ruffle-monster of a shirt, and a pin cushion/trouser hybrid: As far as this bizarre Chanel optical illusion thing goes, though, I feel like even Rita would have been like, “uh, pass.” But that is not all. K Stew has also worn a formal track suit; this heinous skirt; this…bizarre life-choice; and, finally, this PROFOUNDLY QUESTIONABLE THING: Rita’s archives love you! K. Stew’s are cooly disinterested in you.

Can Gabrielle bring it to Michelle? We’re about to find out. Let’s start with Michelle, who has my ideal hair, but whose tendency toward what we’ll call “directional fashion” sometimes veers off the road. This is vaguely tragical to me; this makes her look moderately wan. This is GREAT but then the shoes are so sad. This is truly wacky: It manages to both be so very prim and ladylike and also…you know, it’s a leotard and a sheer skirt. This next one is just, like, a confusing melange of fabric on a conceptual level: This would be pretty if you were getting married in a field in 1919: But this kinda works…nowhere, for me. Even here, at a party celebrating stylists, at which you SHOULD look very styled: Over to my fellow UCLA alum, Gabrielle Union. Obviously, the jewel in the crown of her Fug Madness run is this Oscars look: But there is more. This, for example, was a classic misstep.  This is just confusing, in the sense that I literally do not understand it: (Although, as ever, she looks facially great.) This Rodarte feels like the winning effort in a bridal shower’s Make a Gown Out of Toilet Paper game: To quote myself: WORDS.

Round Two Continues With The Sev vs The XCX

Charo Brings You CGM, Salma, and a Child of Destiny