I don’t know where Renee Z has been hiding herself lately, but wherever it was, it seems to have done her a world of good: This — despite the fact that the dress itself is not particularly unpredictable — is perhaps the best she’s looked in ages. Bonus points for the fact that after what felt like sixty-five years of showing up places with her hair looking like she trimmed it herself using a bowl and some nail scissors, I think her hair actually looks quite adorable. Glamorous! Now if we could just get her into a movie that doesn’t look like it ought to go straight to DVD — did you SEE that one where she was George Hamilton’s mother? (Not Current George Hamilton, George Hamilton as a child) — we’d be in business. 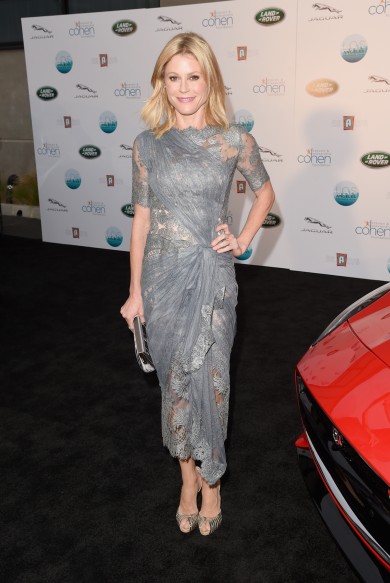