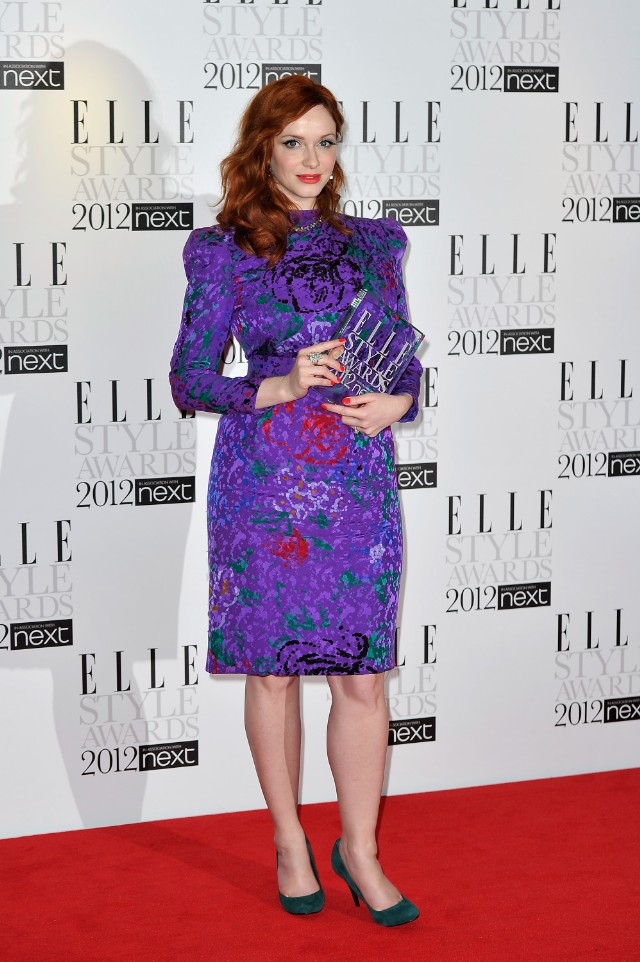 But seriously, the lady won an Elle fashion award — an actual thing with words on it that she can keep in her powder room — for being the most stylish TV star, and having just snapped like a cheap swizzle stick at her BAFTAs disaster, it’s safe to say I think her résumé in this regard is underwhelming. That said, let’s discuss this: After I initially ran around Jessica’s hotel room turning over tables and throwing lamps against the wall,  because I think this makes her look incredibly broad around the shoulder region, I have since calmed down — and scrolled down — and now cooler heads are in place. The pattern is bold. I like her hair. The shoes seem right with it, and the belt nipping her at the waist reminds us all of those classic Joan Holloway Harris curves. While I think a scoop or a light v-neck might’ve made this a knockout, in the end my knee-jerk tantrum may have been for naught. Although I may have burned off that glass of port I guzzled after dinner, so that’s something.

Are you with me?

Now let’s check out the OTHER red-haired winner who wore a print: I appreciate that Florence is branching out from translucent muumuus, but I’m not sure branching into shoes that only cover two of her toes is quite the best direction. Much like with Hendricks, I do enjoy and appreciate the bravery of the pattern, which is a bit gentler than Christina’s; however, I think her signature hair is weighing it down a little. A loose bun or somesuch might’ve helped, no? Or is that too much change for one outing?