When I was a youngster, lo those many, many moons ago, these skirts were all the rage. What can I say? It was the early nineties. We did things like wear these, and smoke cloves (not me personally, thanks to the fact that they made me wheeze, although I might have HELD a clove cigarette on occasion, for dramatic effect) and listen to Pearl Jam and eat a 100% carb diet, because that was back when people decided that if something was “fat free” that meant you could eat, say, the whole box of SnackWells and not gain weight even though that was like 1500 calories but whatever. We were innocent then, is what I was saying. But one hot summer day, we got some news: Cost Plus World Market, which at the time was the Number One retailer of said skirts, was recalling them. They were SUPER HIGHLY FLAMMABLE. And we all looked sadly at our long, hippie skirts — mine actually had tiny BELLS sewn into the hem, can you imagine how annoying that was for other people? It was cute — and threw them out. Because, when it came right down to it, none of us wanted to catch on fire. So what I’m saying here is, I just hope Gina Gershon doesn’t get too close to any open flames. I’m still crossing my fingers for Showgirls 2: Showgirlier.

Tags: Oh honey NO, people we don't see out much
0 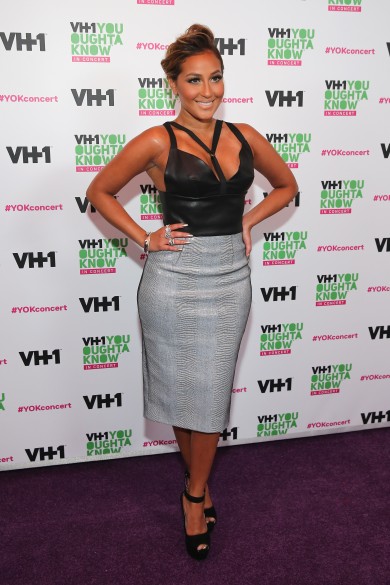 What the Fug: Adrienne Bailon