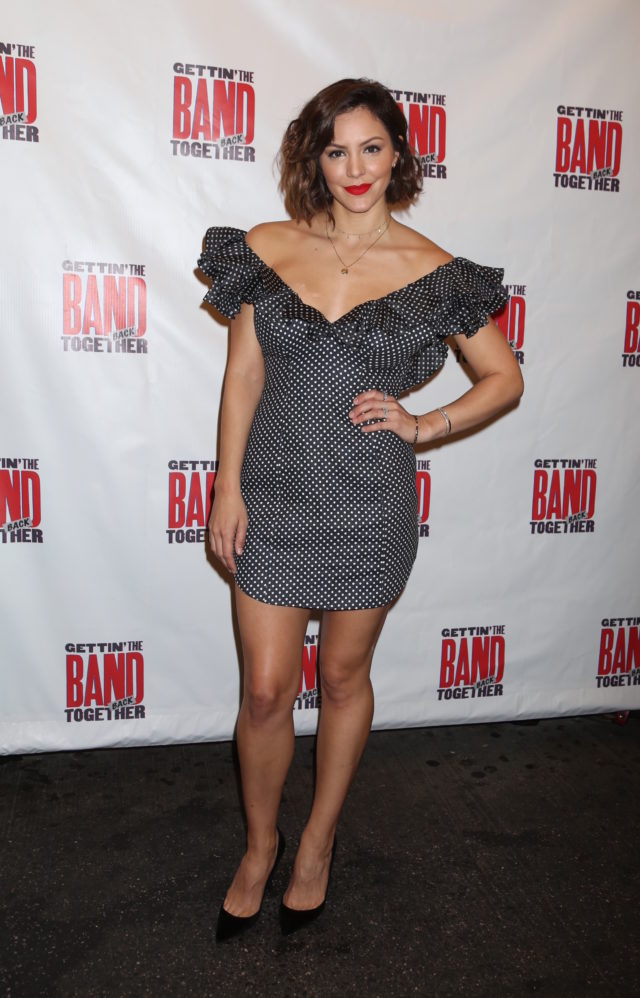 Second: Okay, this is really ONLY going to appeal to my fellow Housewives viewers, BUT! As we all know, Katharine is betrothed to David Foster, and on track to be his fifth wife. Wife Number Four, of course, was former Beverly Hills Housewife Yolanda (who is mom to Gigi and Bella Hadid via her first husband Mohamed, who is BFFs with other BH Housewife Lisa Vanderpump, who I once saw with her own husband and their famous dog on a plane; Giggy was wearing a purple velvet suit).  ALSO present at this specific event with Katharine were two other Housewives: Former NY nightmare Aviva Drescher who once LITERALLY THREW HER OWN PROSTHETIC LEG AT SOMEONE AT AN EVENT! and current NY statement necklace aficiando Luann de Lesseps. What I want to know is, are these women sidling up to Katharine at the Pinot Grigio fountain and murmuring things like, “David is very annoying and dull at dinner parties. Did you see that season? Hmm. Yolanda told me he made her give up her walk-in refrigerator because she got chronically ill. You know that right? Do you have Bravo? Are you going to be on Bravo? If you have a spare leg, my darling, perhaps prepare to throw it.”