Don’t you wish you could get a glimpse into the collective mind of the Dementors* who apparently attended the Harry Potter premiere in London, here spied behind favorite Fug Nation wackadoo Helena Bonham Carter? NOW YOU CAN, thanks to my great skills at Dementor Legilimency. (Today must be so confusing for those of you who never read Harry Potter, to which I must say: you should probably read Harry Potter.)

*Some of you think these are Death Eater costumes and I suppose you are right? I always just think of the Death Eaters as being, you know, Lucius Malfoy running around sans mask. ANYWAY, feel free to mentally substitute DEATH EATER for Dementor as you see fit. And feel free to shun me, although I think I have been OBVIOUSLY placed under the Imperius Curse and FORCED to write it like this, therefore you should be kind:

DEMENTOR ONE: What the hell is up with Bellatrix Lestrange? Hoo boy, girlfriend looks like she did her hair with a Weed Wacker, am I right, or am I right? It’s not the ’80s anymore, sister!

DEMENTOR TWO: Keep it down! You know she’s nuts. I once saw her Avada Kedavra some dude who told her that the tag was sticking out of the back of her robes.

DEMENTOR ONE: She can’t hear me! We’re just reading each other’s minds, remember?

DEMENTOR TWO: We can do that? I don’t think that’s in the book.

DEMENTOR ONE: Um, DUH, how do you think we COMMMUNICATE? We got all into Sirius Black’s head when he was SLEEPING that one time, remember?

DEMENTOR ONE: You’re such a wet blanket, dude.

DEMENTOR TWO: I AM A DEMENTOR.

DEMENTOR ONE: But it’s a party! Can’t we just take a break from sucking out people’s souls to talk about OUTFITS?

DEMENTOR TWO; Okay, first of all, I would NEVER do that at a party. Why do you think I always try and wait until the victim is sadly walking down an abandoned tunnel, if I can help it? The answer: manners. But yes, unfortunate coiffure aside, I do like Her Ladyship’s dress.

DEMENTOR ONE:  So do I. It works on her. It’s just that she looks so BUMMED.

DEMENTOR TWO: I’m sure she just misses Lord Voldemort. Where have you been? It’s totally canonical subtext that she’s warm for his reptilian form.

DEMENTOR ONE: But Voldemort is too busy splitting his soul into multiple bits and trying to kill children to have a girlfriend, don’t you think?

DEMENTOR TWO: I suspect that you’re just not very romantic. Be that as it may, it’s not like he’s here anyway.

DEMENTORS: NO YOU LOOK GREAT.

VOLDEMORT: Everyone ALWAYS says that. 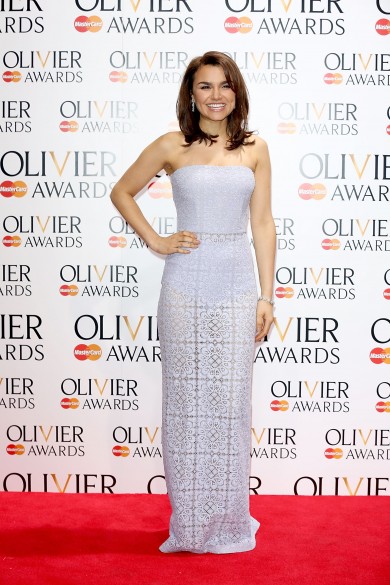