In which January Jones takes on Kylie Jenner — surely the first and last time these two will be pitted head-to-head in anything? — and Gwen Stefani (who somehow knocked off Zendaya!) gets Charli XCX. Who probably wishes she were Gwen Stefani.

These two women have extremely different aesthetics. This is…a thing that happened: This is a thing that was gnawed on for several hours before Kylie realized she needed to get it away from the dog: This…is an eyesore of tremendous proportions: This is a thing where Tyga celebrates his no-longer-underage girlfriend’s birthday with a car he may or may not have bought himself, and Kylie celebrates same with…well, an LBD. I guess that’s not so terrible? However, she wore THIS to the AFTERPARTY FOR THE MET GALA! It’s not the same as wearing it to the Met Gala, but there has to be some acreage between “party dress” and “destroyed denim diapers” for an event like that: Even Bella Hadid seems to be thinking, “what have I done?” Actually, even KYLIE seems to want to disavow.

After that, JanJo is almost a breath of fresh air. Please note: I SAID “ALMOST.” This is as if she’s in costume as a cheerful 90s private eye: This is actually really cute except for the part where it goes all Bras Ahoy, which is a great name for the new lingerie store at your local mall: This was at the SAGs, and I am bummed I didn’t think to make the Statue of Liberty connection that so many of you smart readers did. Because that is exactly what this evokes. You missed a chance to have your purse be a tiny flame, January! File this one under I DON’T EVEN KNOW. If you don’t even know about either one of them, you can see January Jones’s archives here, and Kylie’s here.

Charli XCX should be so lucky as to have Gwen’s career. Can she at least wrest this Fug Madness thing out of her hands? She definitely brought her best crazy: It’s hard to top that, for sure, but this is also not super-great: NOR THIS, although it’s sweet of her to give new life to the duvet like that: And please never forget that she was once the world’s saddest milkmaid: Gwen also brought us her best impression of a formal screen door: 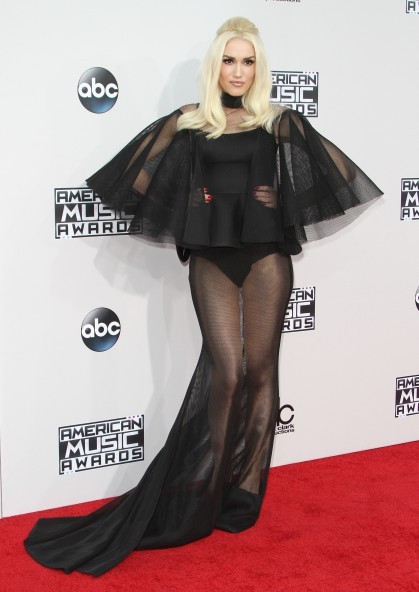 …of a terrifically well-coiffed mechanic: …of a fashion-forward Eagle Scout: And, finally, of someone who might suddenly really be getting addicted to attention: Who shall prevail? That’s up to you. If you care to review Charli’s archives, they’re here. Gwen’s archives live here.