Well, it’s certainly slinky and shiny and giving her waist a wonderful curve. So why am I BORED? I think it’s because about 85 percent of the time, Angelina is either in tight black pants and a white shirt and a black blazer, or something befitting her whole Motherly Nightgown preference. And I’m not sure WHY, because she seems like a person who’d take bigger chances than that. If I could pin her down and ask her one off-the-record question… well, I would not ask the one I’m about to type. I have about forty I would ask first. But at SOME point I would say, “Pick a dress in this room that you wish you were wearing and tell my why you AREN’T.” Like, what about Emily Blunt’s? Angelina would KILL in a skimming, elaborate red sheath. Or Diane Kruger’s — too precious, maybe, but it’s an ATTEMPT at least. Is Angie too afraid of not being taken seriously? Because that ship has sailed — at this point in her life as an actor, director, and humanitarian, you probably either do or you don’t, and it would take a lot to sway you in either direction. What if she were as adventurous as the preternaturally sophisticated and enviable Cate Blanchett, who manages to come off important and real at all times even when she’s wearing a glorified spider web? So I mean… you do you, Angelina, and if that’s what THIS is, then congratulate whoever found something that lies so beautifully on your waist. But if this isn’t really you and you’re playing a role, please claw out of your rut. Because you could DOMINATE if you wanted to, and I often wish you did.

What do YOU think? 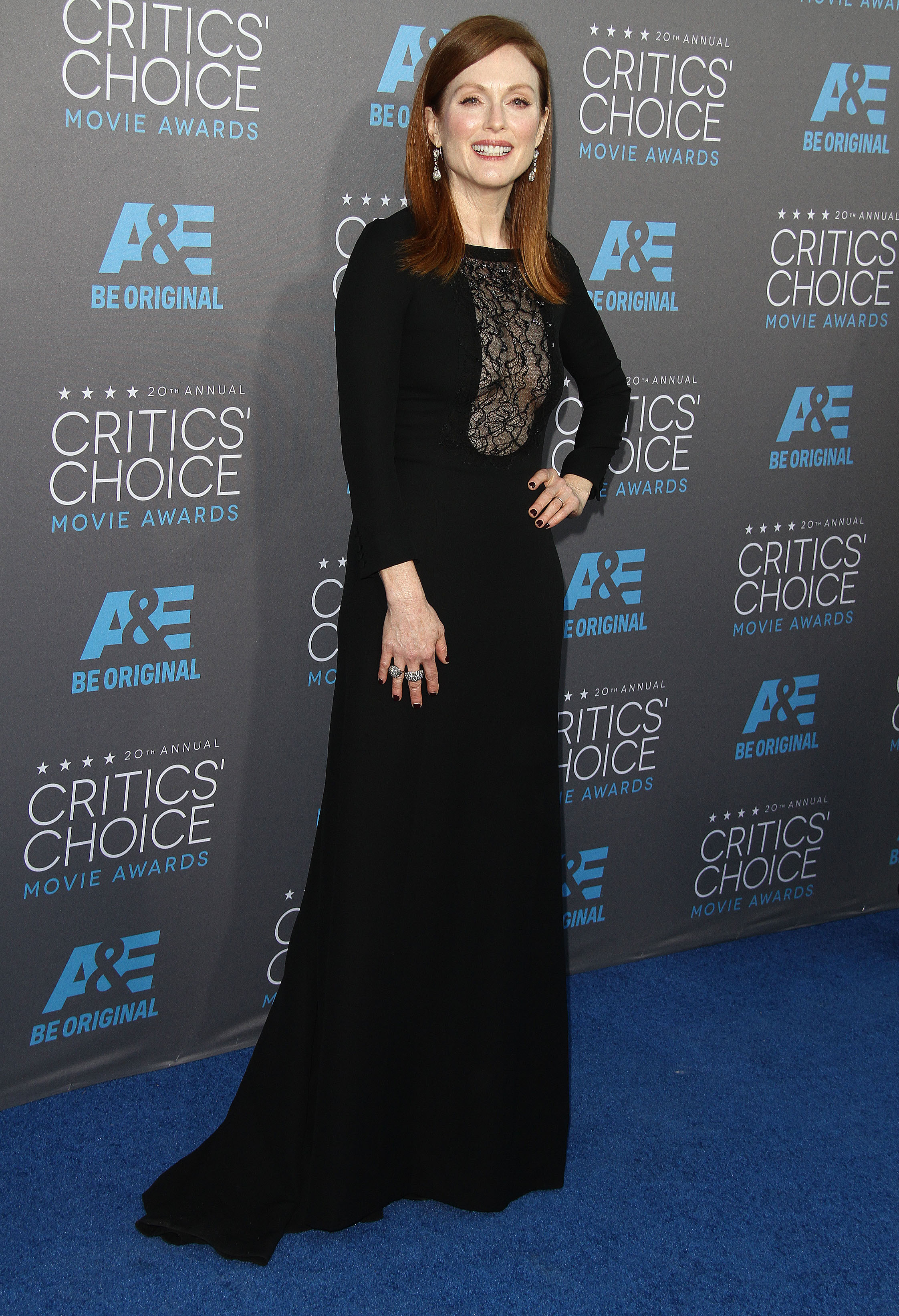