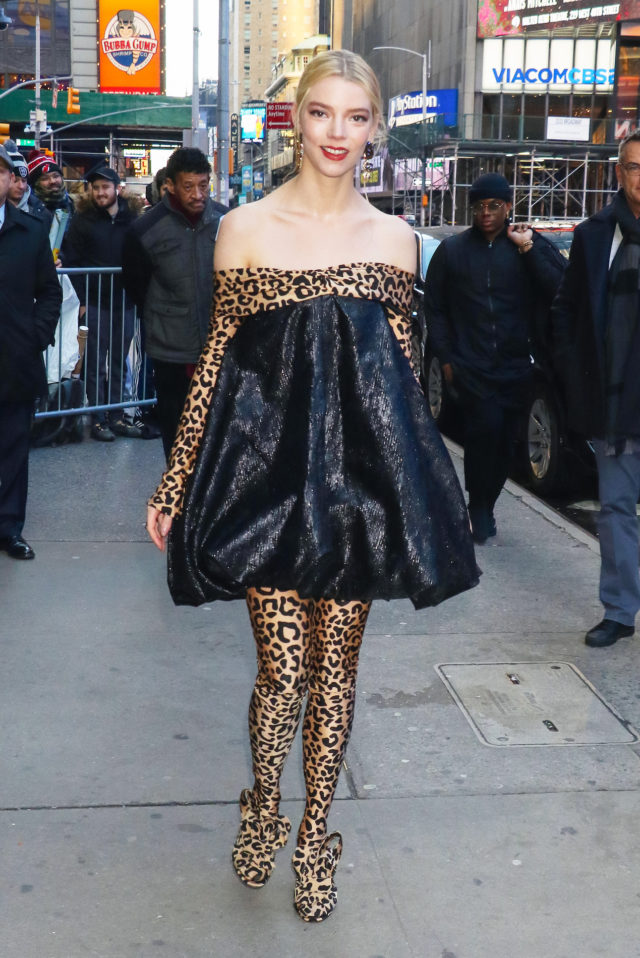 Nothing says, “Have a blessed Presidents’ Day, Americans!” like showing up to the morning shows dressed like the universe’s most sincerely committed Cats mega-fan.  This is a three-day weekend in a look! It also feels like ATJ’s team smartly realized that a LOT of people would probably be placidly scrolling Instagram in their beds on Monday morning instead of watching TV and realized that the best way to make up for those lost eyeballs was to put her into something that GUARANTEED blog coverage. Hence: THIS GLORIOUS EXPERIENCED. Which is not to say that she wouldn’t wear this anyway — she is a blessedly quirky dresser, someone who takes a LOT of fashion risks, and it’s not that off-brand. But it’s also rather brilliantly timed. Applause all around.

Cate Blanchett Has Been Making the Rounds at London Fashion Week

Richard Quinn Evidently Does Not Think Necks Are Hot For Spring

Richard Quinn Takes Us to Hattytown