The Met is Anna’s Party; Here is What She Wears To It 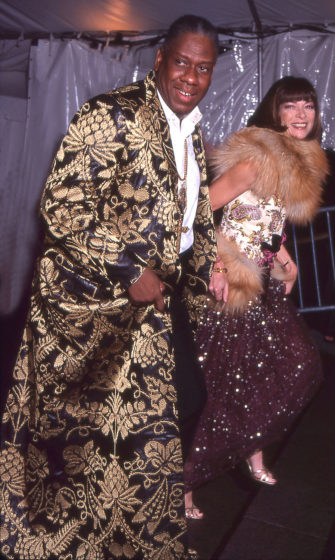 The Costume Institute Gala started in 1948, and was expanded by famed Vogue editrix Diana Vreeland (and yes, I use the “trix” suffix because I like how it looks and sounds, and will be changing my name to Bloggatrix Lecranque anon). But since Anna took over in 1995, it seems to have grown from the social event of the season in New York City to an A-List red-carpet extravaganza hotly anticipated around the world — aided, no doubt, by the Internet and social media both proliferating, but the fact remains that for the last quarter century this has been Anna’s joint and she’ll blow off her own carefully chosen theme if she wants to, you got that? Here, for your enjoyment, are her efforts and those of her daughter Bee Shaffer Carrozzini, who often gets a very glam end of the stick indeed.

The Time-Themed Met Was Supposed To Be Today, So Here Are Some of Flavor Flav’s Best Clocks