Rosamund Pike Jazzes It Up In Another Dior — But Is It Better? There was much debate in the comments of yesterday’s Rosamund entry about whether her simple red dress was blah and boring, or quietly elegant. As if to encourage more such discussion, she later wandered out in a more elaborate one that is not without problems. The skirt is quite pretty, at least. But the belt looks asinine with it. If I didn’t know it was shown that way on the runway, I’d assume it was a desperate attempt to cinch a poorly tailored drop-waisted bodice. 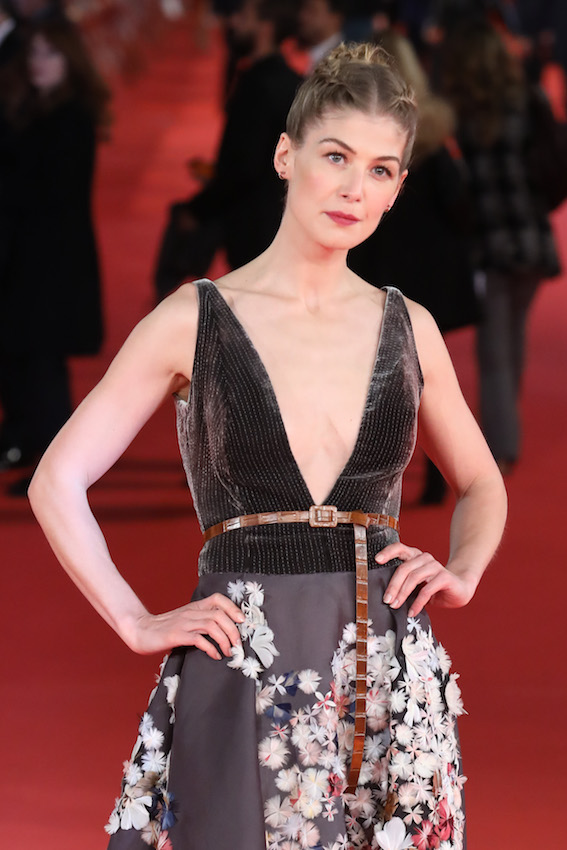 Yesterday’s was a bit snug in the torso for my liking, but this one is slightly ill-fitting in the other way. It even looks shoddily attached to the skirt. That belt, though, just screams of someone at Dior who was like, “IT’S NOT WORKING AND SHE’S NEXT DOWN THE RUNWAY. DO SOMETHING. USE THE ACCESSORY WALL THOUGHTFULLY.” And like so much of Dior, this takes a germ of a good idea and works it up into something disappointing. Le sigh, Dior. Le sigh.

Zendaya, Jennifer Connelly, and Others Looked Like Fancy Pirates for Louis Vuitton

Celebs at the Airport