One of the many weird choices on Oscar night — where the telecast referenced #OscarsSoWhite frequently — was having Dave Grohl sing “Blackbird” as the score to the Dead Person Montage. Because when people feel the Academy isn’t honoring enough performers of color, hiring a multicultural musical act to bring us to our knees during that segment would have been a great way to showcase non-white talent. And if they were hell-bent on using “Blackbird” — a Beatles song written about fraught 1960s race relations in the U.S., which a) has nothing to do with movies, and b) is at least topical but not for the Academy’s In Memoriam — then it seems DOUBLY tone-deaf to hand that moment to yet another white person. Which is BANANAS because Andra freaking Day was RIGHT THERE on the red carpet: 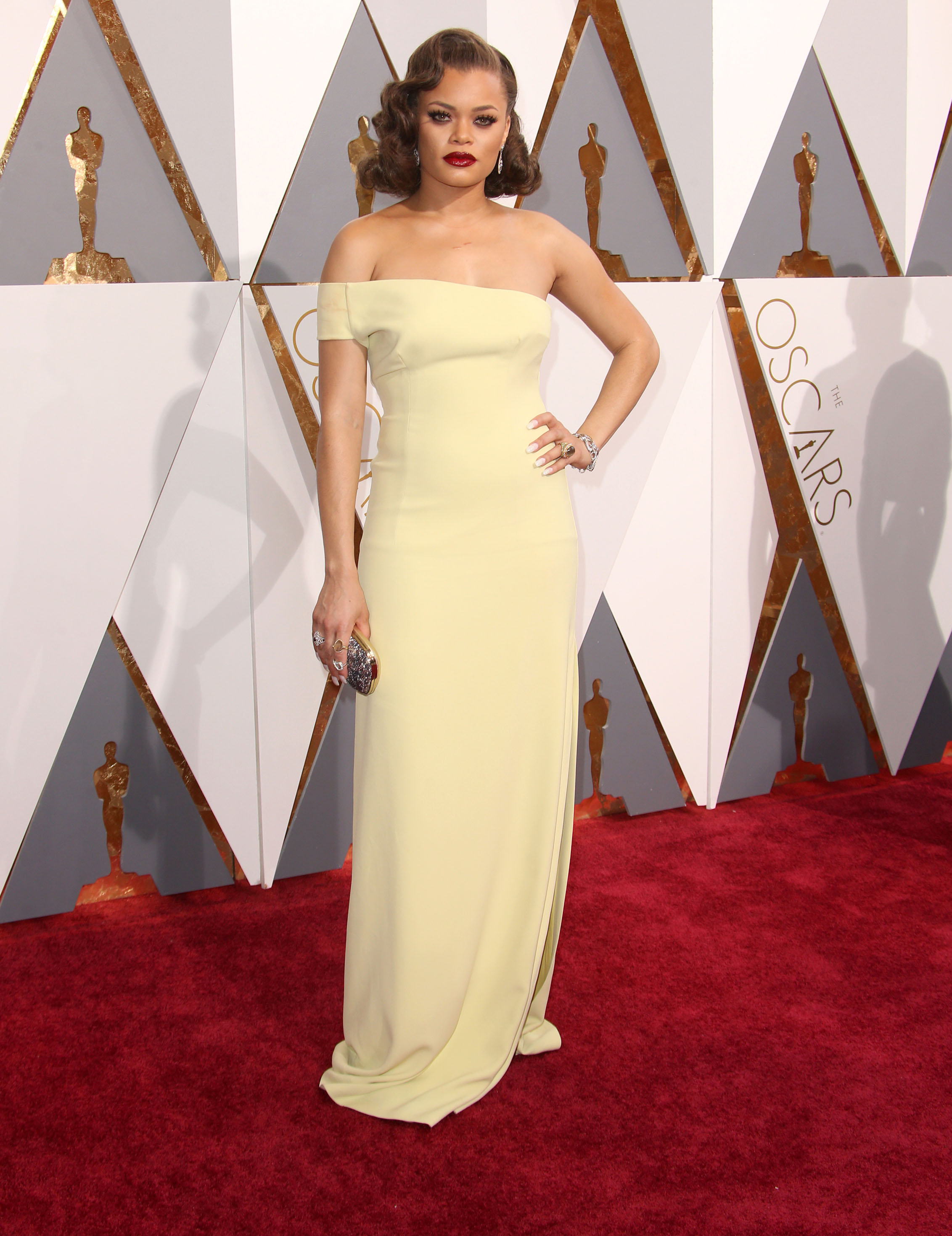 She would have NAILED that. Her voice has depths oceanographers haven’t yet plumbed. Imagine her singing “Blackbird,” or pretty much anything — hell, she could sing “ABCDEFGHIJKLMNOPQRSTUVWXYZ” from Sesame Street and make it moving — while all those lovely photographs went by and we all shed tears over the likes of Alan Rickman, and then wonder why the producers decided to hand that emotional showcase to a Foo Fighter whose strength is not necessarily acoustic solo performing. And I say that as someone who enjoys both Dave Grohl and all his combative foo brethren. Just… it was one of many strange, strange, strange decisions, and one that undercut the blinkered insensitivity the Academy is supposed to be revamping about itself. This would have been the time to say, “Because apparently no people of color can WIN their way up here tonight, we will find other chances to give you our stage.”

Ahem. Anyway. I wish I liked her dress better; the bodice is baggy, and I think it’s too long — like, at that point, just give it a proper train, so that it’s not pooling at her feet. Her face, though… let’s just marinate in the splendor of her head.