Laetitia Casta Has Truly… Made Some Choices… at Cannes 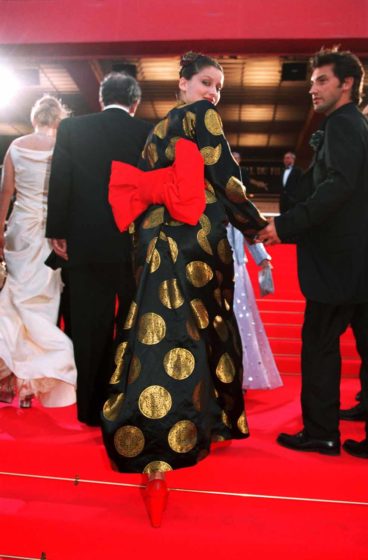 Laetitia was best-known to me as a Victoria’s Secret Angel, but I gather she switched into acting and producing in France as well — and is now married to Louis Garrel, a.k.a. the most recent Professor Bhaer. Facts! Also a fact: Elsewhere in here, she wearing one of the crazier Dior gowns I’ve ever seen.

Brad, Jen, and Angelina All Ended Up at Cannes In The Midst Of The Firestorm