Jodie Turner-Smith Looks Every Inch a Queen for Queen & Slim 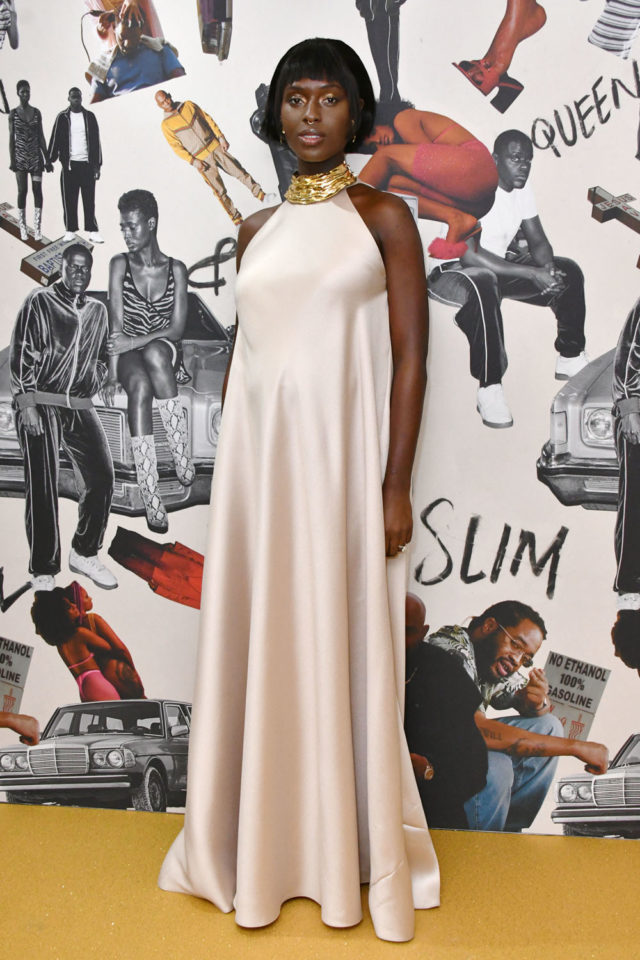 I remember back when Jodie and Josh Jackson attended the U.S. premiere of Queen & Slim, there were a couple photos where it looked like her hand was hovering over her stomach but that she was actively trying not to let it land there, and I thought, “Oooh, I bet she and Pacey are having a baby.” AND THEY ARE. They also quietly got married. It’s all very exciting for them. Anyway, I think she looks magnificent in this. It’s REALLY simple but it’s regal. I might want a Cleopatra-esque thin gold bracelet winding up her forearm? But this is dishy, and a great example of how things don’t need to be overdone to be striking.

Melina Matsoukas also went, and you’ll be relieved to know she did not repeat the head-scratching fuggery of Legging: It DOES feel a bit like she’s crashing a Prom whose theme is Starlight Express, but honestly, I might also try to crash that Prom.