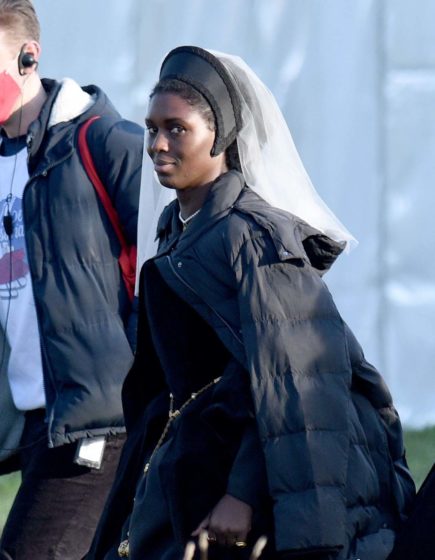 This project is under-wraps enough that it doesn’t have a cast listing on IMDb, and it’s not yet listed on Jodie’s: a Channel 5 miniseries about Anne Boleyn, the ill-fated second wife of Henry VIII, covering the last five months of her life. We don’t know who’s playing Henry, or indeed who else is in it — other than Aoife Hinds of Normal People and Paapa Essiedu of I May Destroy You and a lot of acclaimed Shakespeare in the U.K. — or what their characters might be. But it was written by a woman (Eve Hedderwick Turner) and is being directed by one (Lynsey Miller), so among many other groundbreaking aspects of this diverse production, it’s also letting women shape the story of one of history’s infamous ones. The DMIK reports that Jodie is not the first woman of color to play Anne Boleyn on film; that was Merle Oberon in 1933, who is of British and Indian heritage, but was trying to pass as Australian at the time to avoid prejudice. So Jodie is the first to play Anne while being unapologetically herself. And what a juicy role it is. I think this is awesome, and I can’t wait to see what projects like this and Bridgerton do to open doors for people of color in period films. EVERYONE should get the chance to play someone whom Henry VIII divorced or beheaded (or who died, but Jane Seymour is basically the least interesting of all his wives, probably because she didn’t live long enough for him to decide she deserved the chop).