As I was saying on Twitter last night, I have this weird thing happening with Kristen Wiig. For some reason I tend to assume I’m over her, and then she turns up somewhere and does a bit and makes me laugh — like last night’s patter about animated movies with Steve Carell, which was so silly and yet it completely got me chuckling — and I realize I may in fact have been under her all along.

This happy mercy doesn’t extend to her wardrobe choices, unfortunately; those are as crackers as ever — or “undercrackers,” as the case may be, given that I can fully whatever is passing as hers. Now, if this were still 2016, I’d probably grunt, “Someone’s got blackmail photos,” before crawling back into my hole. But it’s 2017, so let’s try and fresh-start this sucker by coming up with a more hopeful explanation. Maybe someone in Kristen’s life begged her for a favor. Maybe, just maybe, she has an acquaintance from high school who was like, “Listen, I bet my children’s entire college funds that you would wear a Reem Acra doily to the Golden Globes, and if I lose I’m going to be broke and also have to wear a t-shirt that says YOLO for a whole week.” And maybe Kristen gasped, “A YOLO SHIRT? THAT IS TOO 2014 TO BEAR,” and wore it. Maybe she is just a really selfless, stellar friend. It could be.

And I’ll tell you what: I actually kind of like the short cut on her. Her eyes look huge and beautiful. If it were a HAIR shorter/edgier (it looks a bit like she’s already growing it out) and if she’d gone back to being a brunette, I honestly think it’d be fantastic. Maybe 2017 will deliver us that surprise, just for fun. 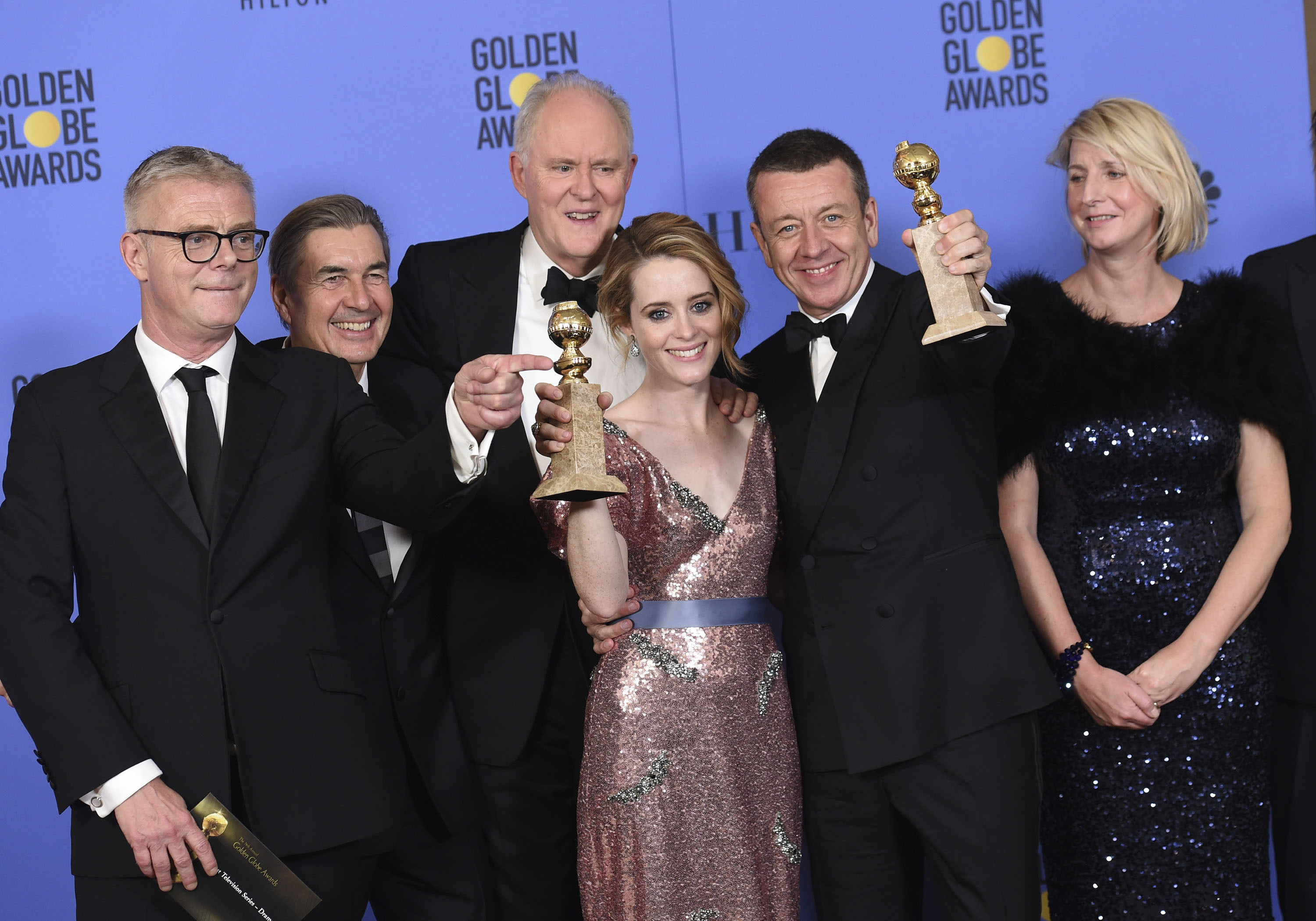