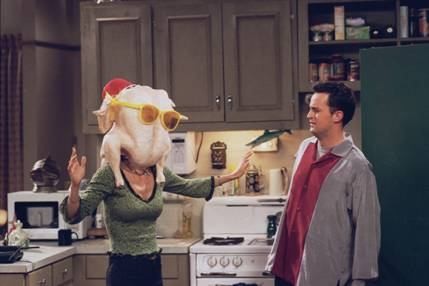 No Royals Round-Up this week, because it’s only Wednesday and an insufficient number of them have left the house. That feature will be back in action next week — as will we! Heather and I are taking off the Thanksgiving holiday, and we will return to regular posting on Monday. Here’s to a healthy, happy Thanksgiving to our fellow Americans, and a glorious and swiftly-moving Thursday and Friday, and an awesome weekend, to the rest of you.

Until then, in case you need something to read:

–In case you missed it, the Fug Nation gift guide ran this week!

– I was very interested in this piece in Maclean’s: Sophie Grégoire-Trudeau’s shrewd style.

– Pajiba runs down 8 Magnificent Lead Actors We Need Back on Television Like, Yesterday. It’s a list with which I cannot disagree.

– I loved this piece, in the New York Times: Finding Alice’s ‘Wonderland’ in Oxford

– This is delicious, at Food52: Cook Like Hermoine Granger and 11 Other Ladies of Literature.

– At Mental Floss, very on topic: Who Invented the Turducken? (My guess was Martha. WRONG.)

– So, I’ve never been to an Automat (they were dunzo by the time I was old enough to be anywhere that had one), but I was always FASCINATED by them because I read a lot of books as a kid where people went to the Automat. Collectors Weekly goes deep into Automat history.

– At Buzzfeed, Anne Helen Peterson interviewed Enya. IN ENYA’S CASTLE. Of course, Enya has a castle.

– Very on topic, and very funny, at Eater: Which Food Magazine Wins Thanksgiving?

– Let us peruse these many hair styles of the Georgian era. (All Things Georgian)

– Via Vulture: Jason Street Will Play Coach Taylor in the Unauthorized Musical of Friday Night Lights. I think I speak for us all when I say: !!!!!

– Bless Lainey for bringing this trailer for the Mariah Carey holiday movie to our attention. Mimi directed it AND is starring in it! She also looks like she’s been shot through the same lens and with the same backdrop they use for the Barbara Walters special. She never pans out for full-body shot! I CAN’T WAIT TO WATCH THIS. NEVER CHANGE, MARIAH.

– Allegedly, per Celebitchy, Kate Hudson dumped Nick Jonas because she ‘wants to pursue multiple people.’ And, I suspect, because people didn’t get THAT excited about her allegedly dating Nick Jonas.

–And, finally,  FYI in case you want to Treat Yo Self, The Royal We e-book is marked down to $3.99 basically everywhere for the next week:

Happy Thanksgiving, and don’t get your turkey stuck on your head! (Speaking of, if you haven’t read our post about Thanksgiving mishaps, it may give you a chuckle. People have set things on fire, and gotten limbs stuck in meals, and lost MANY items of food to dogs. It’s great…well, it’s great in retrospect.)

Fugs and Fabs: The Premiere of “The Danish Girl”