Fug Madness 2014 Round One RESULTS and Round Two Preview In honor of Bag’s heroic efforts, I decided to share some of the Weird Photoshop Effects I almost used on the photo to spice up that matchup, before I decided that was unfair. So behold: Alternate Bags. Thank you for coming, old hideous awful frenemy.

And now the results: It’s Miley’s world, and we’re just living in it: She got 97 percent of the vote in an overwhelming victory against challenger Meagan Good and her bad, bad overalls; this pits her against Jennifer Morrison, who had nearly as easy a time of it against Naomi Watts. She earned 85 percent of the vote.

Olivia toppled Eva Longoria’s parade of sheers with a 53 percent edge; she faces a surprisingly strong charge from Kristen Stewart, whose 57 percent of the vote kicked Kat Graham’s wackily clad behind out in the first round.

I don’t know how or why she did it, but January Jones beat Jennifer Lawrence and her Godawful Year In Dior – including the SKIRT PANTS – with a 55 percent majority. She’ll take on fuggernaut Sarah Paulson, who took 55 percent of the vote over Demi Lovato. SEVENTEEN VOTES. That was the size of the margin. Zoe Saldana essentially hit a buzzer-beater to advance in one of the most hotly contested up-and-down contests ever, particularly for an early round, and that is officially the slimmest margin of victory in Fug Madness history. Does she have enough in the tank to bring it against Vanessa Hudgens? The former champ had an easy round, blunting Lily Colins’ mortal instruments to the tune of a massive 71 percent of the vote.

Rita dispatched with Sally Hawkins by a two-thirds margin, and next faces off against another goofball queen in Ashanti, who downed Rashida Jones with 81 percent of the vote.

Yes, it’s true: It’s YE versus JAY. Lady “Godiva” Hervey played her way in, but couldn’t stay there: Kim Kardashian handily won almost three-quarters of the vote in that one, and now she gets to take on the wife of her fiance’s major collaborator, who took an astonishing 91 percent of the vote from Emma Watson.

Ellie faced off against Kaley Cuoco — almost her American doppelganger — but 71 percent of you confidently voted Ellie through, and into the arms of Jena Malone, who upset Kerry Washington by the slim margin of 93 votes. NOT HANDLED, OLIVIA. Rihanna got three-quarters of the vote against Jemima Kirke, and now thundering toward Jessica Biel, who defeated Rooney Mara by almost the same margin.

I am stunned Zosia Mamet beat Ciara, who committed so many crimes against fashion this year that I’m surprised she’s still a free woman. But Fug Nation isn’t Zosia Nation, apparently, and so she and her 57 percent of the vote got through to Round Two, where they have to take on Kristen Wiig. Round One was an easy win for Wiig against Pharrell Williams; she got 83 percent of the vote.

Katy Perry took a brush to Harry Styles, cleaning up with 81 percent of the vote. La Klum hip-checked Florence Welch out of the contest with two-thirds of the vote. The OTHER match-up that finished virtually neck-and-neck was Malin versus Selena Gomez, but Malin snuck out of there with a bare 62 more votes than Selena, and so she lives another day — only to, possibly, be turn asunder at the hands of a relentless Jessie J, who sent Lena Dunham to her room with only 29 percent of the vote.

Dakota Fanning really put up her dukes here, but Cate Blanchett’s Crack Badchett side won out with 52 percent of your support; now she has to grapple with model Jessica White, who bid au revoir to Marion Cotillard after snagging 84 percent of the vote from her.

Diane Kruger put up her usual fight, but Solange couldn’t be beaten, snagging 56 percent of the vote and holding tight to her lead pretty much the whole time. Gaga, meanwhile, faced off against Bag, and Bag did NOT, in the end, make a world-beating run through Fug Madness to face Bag Owner (tm a commenter; raise your hand!) in the finals. A real live person got 58 percent of the vote in that one, and yes, I am counting Gaga as a real live person.

Jaden got two-thirds of the vote in showing Alyssa Milano that she is NOT the boss, and Bella Thorne beat back Mamie Gummer with 61 percent of the vote, giving Jaden a chance to face off against someone who’s more of a contemporary. 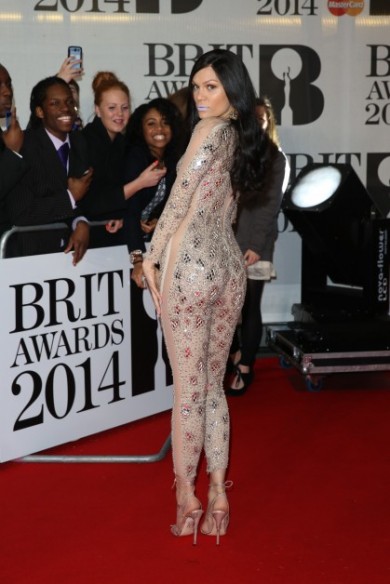