All righty, we’ve unveiled the brackets; now it’s time to print and prognosticate. Here is a JPEG: And here is a PDF version: Fug Madness 2013 Bracket

Couple reminders: An outfit doesn’t have to have been featured on the site to be eligible, as long as it was worn during the time period, which is Oscars to Oscars — so, everything after the 2012 Oscars, and including this year’s. And a person is only eligible for what THEY wore, not what they contributed to on other people (Stella McCartney). It’s imperative to the future safety of the universe that the rules be followed with slavish devotion. Any slip-ups, and Justin Bieber may be our next president.

To answer a few common questions: The brackets are just names, not themes; people are assigned a seeding number based on our opinion of their Year in Fug, and then randomly sorted into one of the four quadrants. Because the fate of the Earth hinges on us being so exacting, we use a deeply scientific method of How Famous Are You + How Bad Were Your Clothes + How Often Did You Go Outside This Year + Did You Come On Strong Late + That One Outfit Made Us So Angry + Yes, Emma Stone, We Love You, But Let’s Be Clear-Eyed About How Bad Some Of Your Outfits Were + We Don’t Care If You’re Performing Or A Kook-Snob Or What + Maybe You Just Rub Us The Wrong Way. We try to mirror the Major Conference/Mid-Major setup of the actual NCAA Tournament, where it’s rare (but not impossible) that a team that isn’t a big name gets a top seed, and you can win a lower-tier conference and still only come away with a twelve seed because you’re just not a relative powerhouse. There are exceptions, and as the years go on, it becomes even less scienfitic and more instinctual. We do our best to please but we not a couple of Mary Poppinses and thus will never be practically perfect in every way (although we’re a lot more fun — have you seen that movie lately? For someone who dangles constant shenanigans, she’s such a scoffy, eye-rolly stick-in-the-mud about actually participating in any of them, and is apparently even worse in the books). 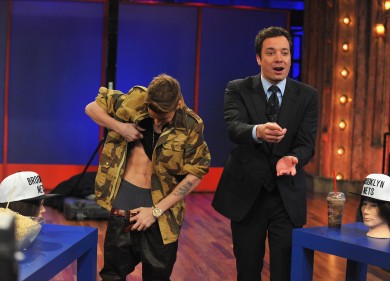