This is apparently fresh off the menswear runway. And it is… crazy. I can’t fathom a dude wanting to look like a billboard for something the FDA has probably banned because of strange additives that are only legal in Asia — much less in something that so easily passes as a dress on Rihanna. That she almost makes sense of it is a marvel. Don’t get me wrong, I still find it hideous, but I understand it a lot more on her than, say, Justin Bieber. Then again, when did I ever speak Bieberish? I wonder if that’s a working barcode on her thigh. If we scan her, what will it say? I’m thinking of every immature calculator message I ever tapped out when I was in fourth grade.

Oh, and in case you wondered… 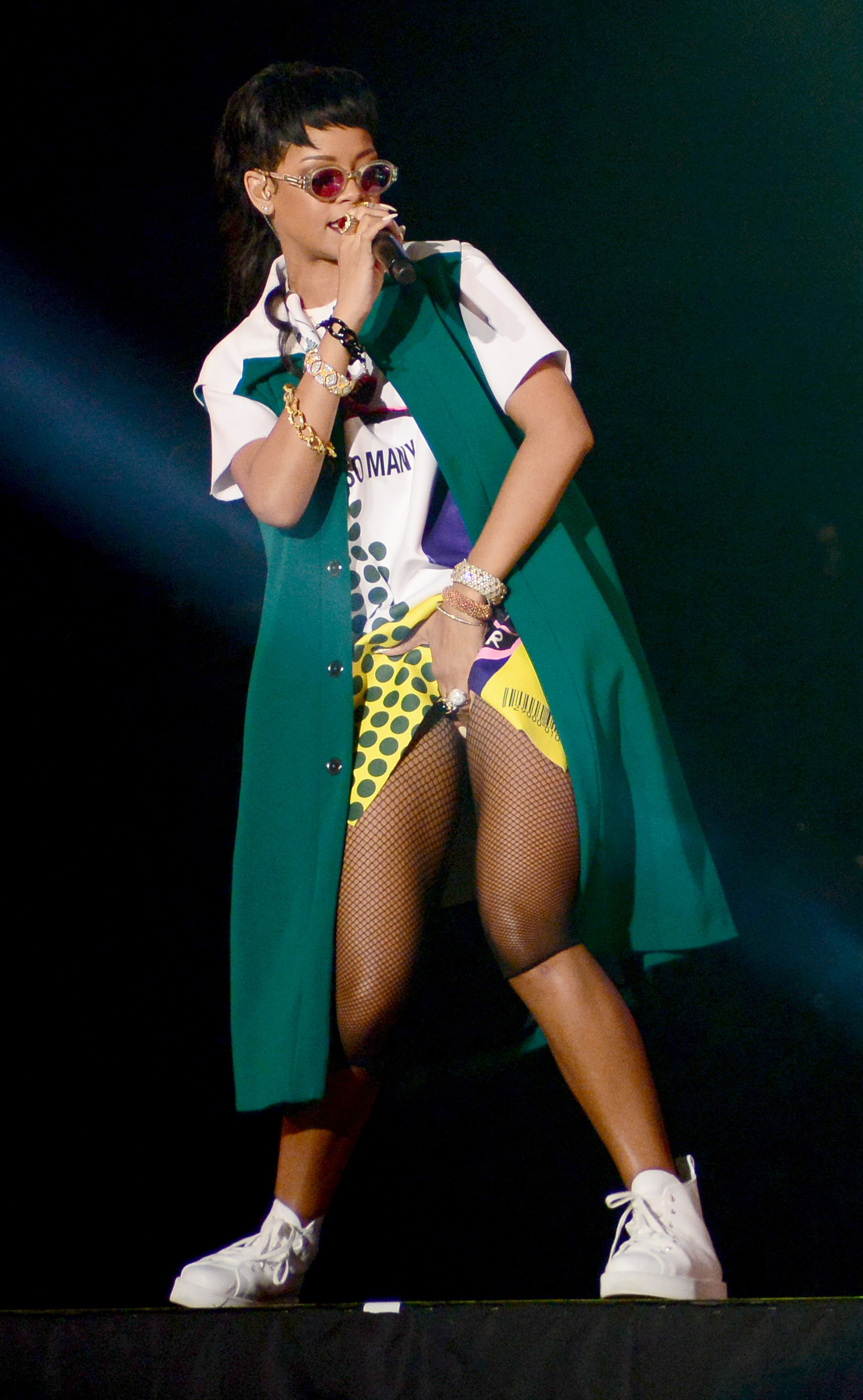 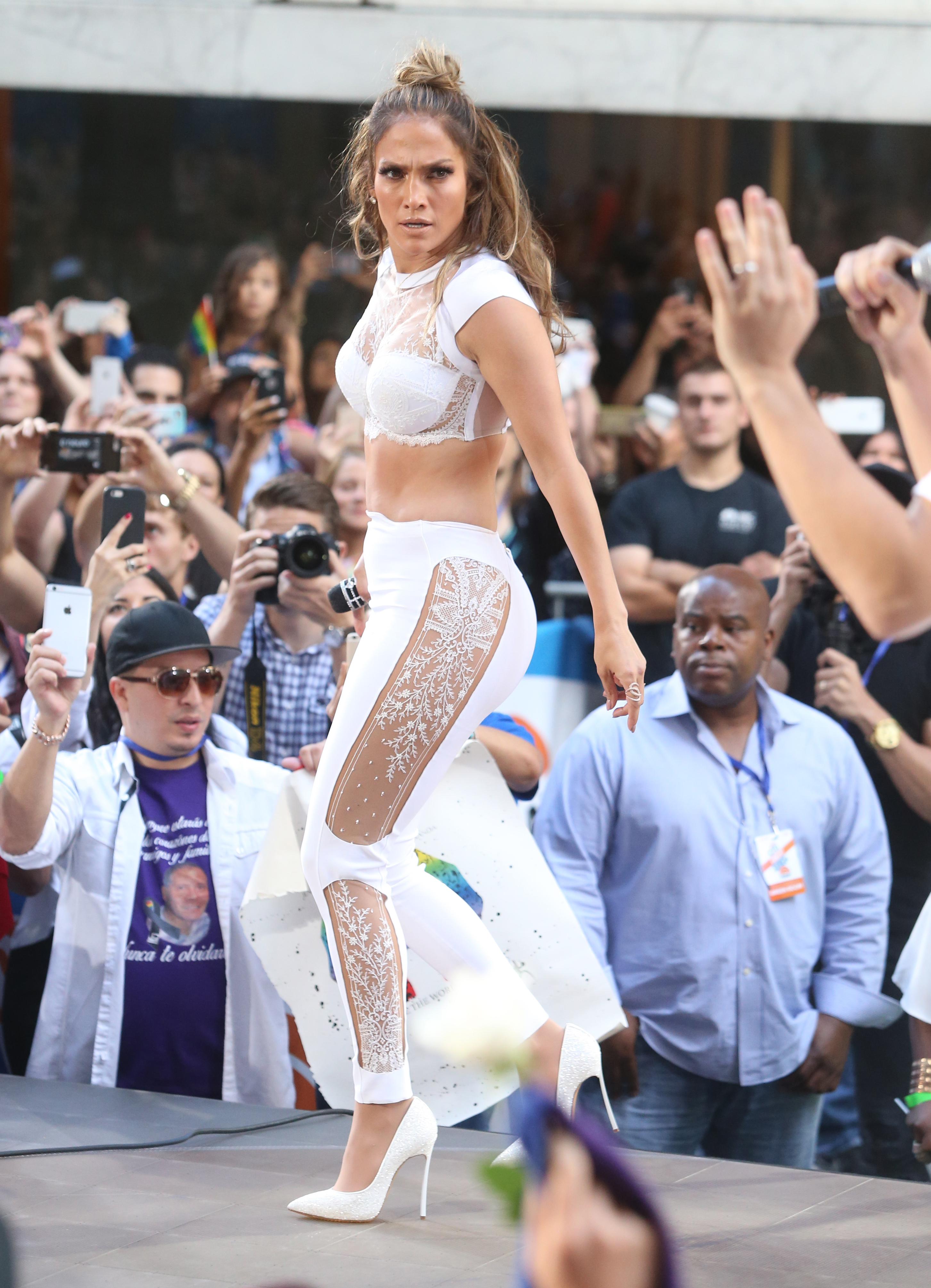