I’ve gone from finding this three super annoying to finding them totally amusing. This stems both from my usual Stockholm-Syndrome reaction to things — hit me over the head with something long enough and eventually I give into it (NOT YOU, KARDASHIANS) — but also because every time EW interviews the three of them en masse, they’re really funny. RPattz had me that time he said that he thinks Edward is  “a manic depressive who hates himself,” and I embarrassingly found Taylor Lautner to be nearly the only bearable part of Valentine’s Day. Plus, he was funny on SNL. And I obviously decided I had to sort of like Kristen Stewart that time she gave us finger guns.  Apart from each other, I have to go on a case-by-case basis, but when the three of them are doing an event today, hilarity usually ensues. BEHOLD. 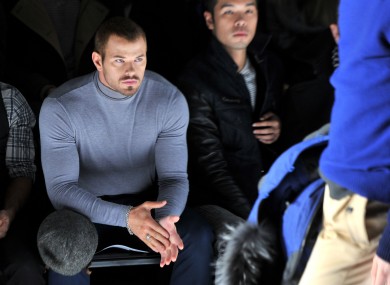