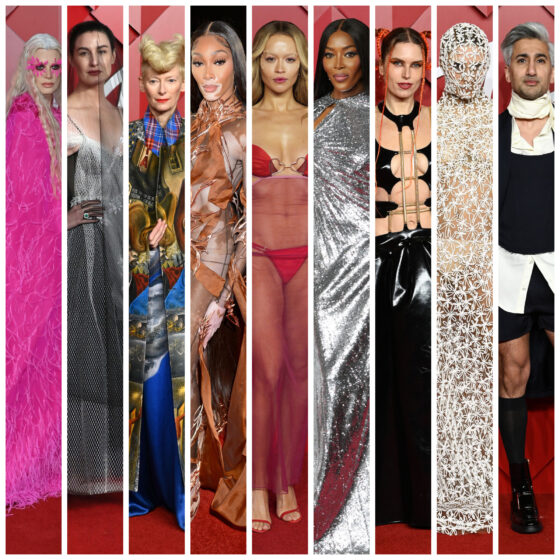 I am excited to inform you that you will think — or maybe even say aloud! — such exhalations as “Whoa,” “WOW,” “Yikes,” “Crikey!” “ACK,” and even perhaps the occasional muttered “What the fuck” as you flip through this collection of looks from last night’s British Fashion Awards. There are looks and LOOKS and LOOKS! (Some of them are fun, though. At least one is great!)