Tyra Banks Really Did It. She Made LIFE-SIZE 2. You guys,  I love Tyra Banks. I am not being sarcastic. She is a boss. In addition to Top Model, which was sincerely ground-breaking — full disclosure, Heather worked on it — and on which she was great, she has done THIS: She has somehow finagled the making of a sequel to Life-Size, a extremely mediocre Wonderful World of Disney TV movie that she starred in with Child Lindsay Lohan, in which she plays a doll that Lilo brings to life. You may remember it because it bought us this great gif:

Truly, Tyra Banks has brought the world SO MANY precious gifs.

If you haven’t rewatched the early seasons of ANTM recently, do yourself a favor and do it. They honestly stand the test of time; they are so good. But I digress. I will never not be impressed by Tyra’s work ethic. She decided to get this movie made — a sequel to a random TV movie from 20 years ago! — and so she got this movie made. And once she did that, she COMMITTED TO IT. For example, her look at this premiere is basically her costume from the first film — she just, as is her wont, made it fashion. 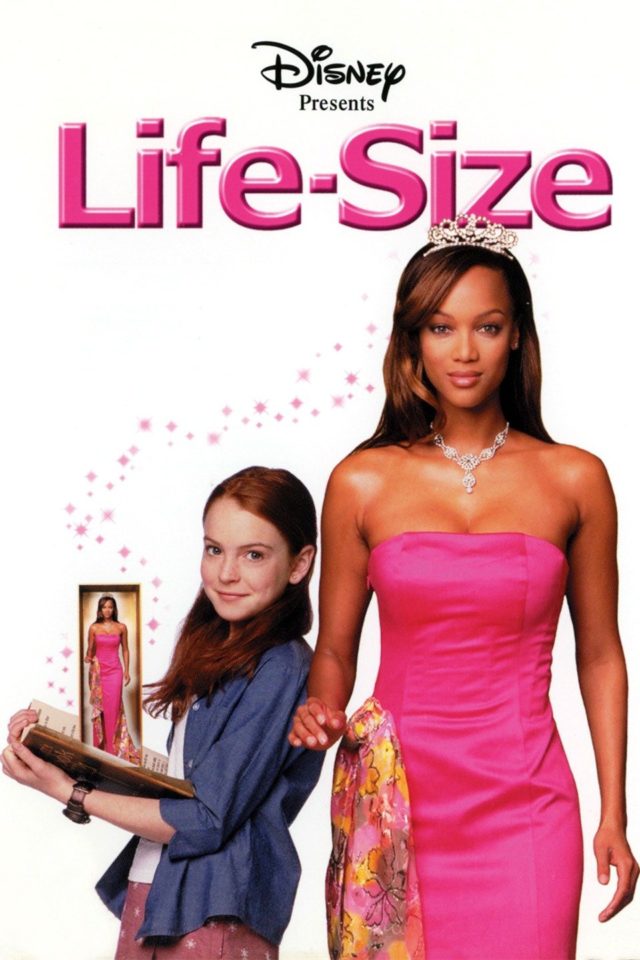 Her hair is also FULLY in costume, as you’ll see from these many pieces of evidence I have gathered from her Instagram, which has been a Life-Size 2 MARATHON. We’ve got the new poster:

We’ve got clips from the movie:

Will you repeat after me, please: Zomba, tarka, ishtu, nebarim. #LifeSize2 is on the way!

We’ve got a fake ad for Eve, the doll Tyra plays:

Eve is coming back so soon! #LifeSize2

She LITERALLY RECREATES the gif I just posted up there, in a clip where she plays MULTIPLE roles:

Surprise! Calling from Sunnyvale! #LifeSize2 is here for you on 12/2.

I laughed out loud at this:

Gettin’ you HYPED for #LifeSize2!

IT’S #BEASTAR2 MUSIC VIDEO TIME! Check out the rhymes on New Fear's Eve! Can you count the outfit changes?! And this is just a tease of the video. More to come! Download the full song now, link in bio!

Enjoy having that song in your head for the rest of the week.

And because she is a benevolent queen, Tyra has even given us a little Lindsay Lohan (who allegedly turned down this movie. Look, I get why Lilo might pass on being in a Freeform movie, but just IMAGINE the good press she would have gotten. Lindsay, the last time you were in the news, you were sorta trying to kidnap some children. You could have used the PR):

Tomorrow we are giving you new music! #BeAStar2 will be released! But right now you can enjoy this sing-a-long version of the original. #ThrowbackThursday

Tyra is doing the most for this, and I could not be more grateful. In a world where so many people are doing the least, a little bit of the most is extremely refreshing.