“Summer” feels very much like the episode the Palladinos struggled to flesh out to 90 minutes, because it comes to a grinding halt in the middle for a glorified Bunheads tribute — and, like Bunheads itself, it’s not nearly as adorable as it thinks it is. (I know a lot of people loved Bunheads, but for me it was built on all Amy Sherman-Palladino’s worst instincts, like the problems of Gilmore Girls writ large: every scene felt like it was based on an idea someone made her cut out of a Gilmore script, and every character caught the word-vomit flu in ways that made no sense and badly needed editing. Sorry, Bunheads. I didn’t realize how much you frustrated me until I had to sit through the Stars Hollow Musical scene.)

Anyway: It’s getting a bit harder to break the storylines into distinct pieces, and that’s a good thing. While this episode still stumbled, Lorelai and Rory are finally doing and saying things that deeply affect each other rather than them simply being each other’s scene partners.

Rory: Despite insisting all over town that she is not back, which comes off as a vaguely snotty rejection of them as not good enough for her to return to, Rory is back and shows no signs of leaving. Even April, Luke’s daughter, sprinkles some salt in the wound by noting that Rory reclaiming her childhood bedroom is a terrifying glimpse at what the future may not hold. (April is a bit more tactful than that, but not much.) So, when the Stars Hollow Gazette shutters after 90 years, Rory decides to take over — with her two elderly employees, one of whom files all day, and the other of whom naps — while continuing to declare herself a failure and yet doing nothing else about it. Frustratingly, it takes Jess to fix things: He drops by for 45 seconds and tells her to write a book about her life with Lorelai and then leaves again like the Ghost of Career Advice Present. Given that we’ve barely seen Rory glance at a book in this reboot except on the above deck chair, I’m wondering why he would think she’d want to write one. But at least he’s thinking, and of course he’s right, and it only mounts my frustration that Rory is painted as so intellectually powerless here. Ideas are hard. I don’t spite her being given this one; that’s sometimes how the best ones happen. I just wish she’d tried harder before following these breadcrumbs that someone else scattered. Which leads us to…

Lorelai & Rory: Naturally, Rory chooses the worst moment — their afternoon with Emily at Richard’s new tombstone — to tell Lorelai that she stayed up all night outlining a book based on their life, and it’s her new destiny. Her career lobster. But of course it’s got to be mostly about Lorelai, because “I was raised by a single mom and then my hugely rich grandparents paid for everything” isn’t as interesting as Lorelai’s part of the story. And Lorelai is no dummy; she knows the score. And she blurts out, “No. I don’t want you to write that. I went through this effort for many, many years making sure people only knew what I wanted them to know. Now you’re going to lay it all out in a book?” Someone better-versed in Gilmore lore than I can vouch whether that’s true. Everyone in Stars Hollow seems to know everyone else’s business, and Lorelai is hardly a reticent personality, nor has Emily been invisible from the town. Do we really think Lorelai has been closely guarding her life in this manner? The Stars Hollow Gazette ran a story about her moving into the Independence Inn at 16, for heaven’s sake. How much privacy does she really still have? That doesn’t mean she isn’t entitled to want it; just that… I’m not sure I buy THAT as her argument against it. She has much better ones.

Anyway, Rory shuts her down: “I’m sorry. I have to. Without this, it’s grad school or groveling for jobs I don’t want.” I… cannot. First of all, GET A JOB. It’s what people do. LOTS of people hate their jobs, but they do them so that they can live, even as they search for more, especially because you never know where those roads will lead. Besides which, her mother and Luke are two small-business owners who’ve worked really hard for their comforts in life, and I don’t know where her lack of work ethic is coming from, other than maybe you could argue that being handed Chilton and Yale made her expect to be handed everything else. Second, Rory loved school. Why is she treating grad school like a punishment? Grad school is a freaking privilege, Rory, you jerk. SCHOOL is a privilege. Lots of people don’t have it. Please climb in this elevator and take it up high enough that you can get over yourself. When Lorelai pulls an “Oh, fine, whatever” on her, Rory stomps her foot and says, “We don’t do the passive-aggressive thing. That’s how you and your mother work. You’re supposed to be on my side.” So she’s genetically obligated to be fine with Rory taking ownership of Lorelai’s life story? And then spilling into a Word document? I don’t think so, but at least it’s an honestly immature reaction from someone who clearly got stuck in her early twenties.

Luke & Lorelai: Shrug. Basically, Lorelai has let Emily’s dismissiveness of their partnership infect her. She and Luke fight when Lorelai finds out he secretly went diner-shopping with Emily (even he got dragged along, didn’t want to be, and has no intention of expanding which is I suspect why he didn’t say anything — but of course he doesn’t tell Lorelai that, because why choose clarity?), and when Lorelai offers to help troubleshoot something minor going on with April or help pay for something or whatever, Luke casually replies, “April’s mine. I got it.”  I think we’re meant to believe that the sum of these incidents has Lorelai worried that they really aren’t a unit. And with Sookie having moved on from the Dragonfly and Michel about to follow suit — more on that in the recap — and I guess this trust now that enables Luke and only Luke to consider growing his empire, Lorelai feels powerless and left behind and prospectless, and perhaps just generally as if she forgot to realize she still had choices. So she decides to go wild, or rather Wild; to Luke, she explains her need to leave without knowing when she’ll come back by quoting Sutton Foster’s last song of the episode: “It’s never or now.”

Emily: She’s still cranky, grieving, and picking apart every attempt at giving Richard the perfect tombstone. All very realistic. All that’s really changing with her is that she’s becoming slowly impatient with her D.A.R. group, she’s hanging out with Ray Wise (one of Richard’s old business associates), and she keeps expanding her employee circle to include more and more of Berta’s family, which… well, I’ve already said I think that storyline feels like a tone-deaf relic, in a way the show may believe Emily Gilmore herself to be, but which isn’t convincing enough — Kelly Bishop is, I think, simply too innately groovy for it — to be the peg on which it all hangs.

Logan: French Odette moves into his apartment, meaning that Rory can’t visit without being exiled to a hotel. She’s an expensive booty call; he’s Richard Gere-ing her, except without offering an actual apartment for his kept mistress. Rory slowly realizes that he’s her first, second, and third call in a crisis, which doesn’t work if she’s not the first woman in his bed. So: “We’re breaking up. Except we can’t break up, because we’re nothing,” she sniffles. I feel bad for her, but man, I wish they were breaking up because she  didn’t want to keep tapping another woman’s ass-keg, and not simply because reality stormed in on her and pulled her hair. However, let’s be real, it’s also probably realistic. It’s hard to do the right thing if you believe, as I think Rory did, that eventually things are going to break your way if you hang in long enough. Magical thinking, kid. Dangerous magical thinking. 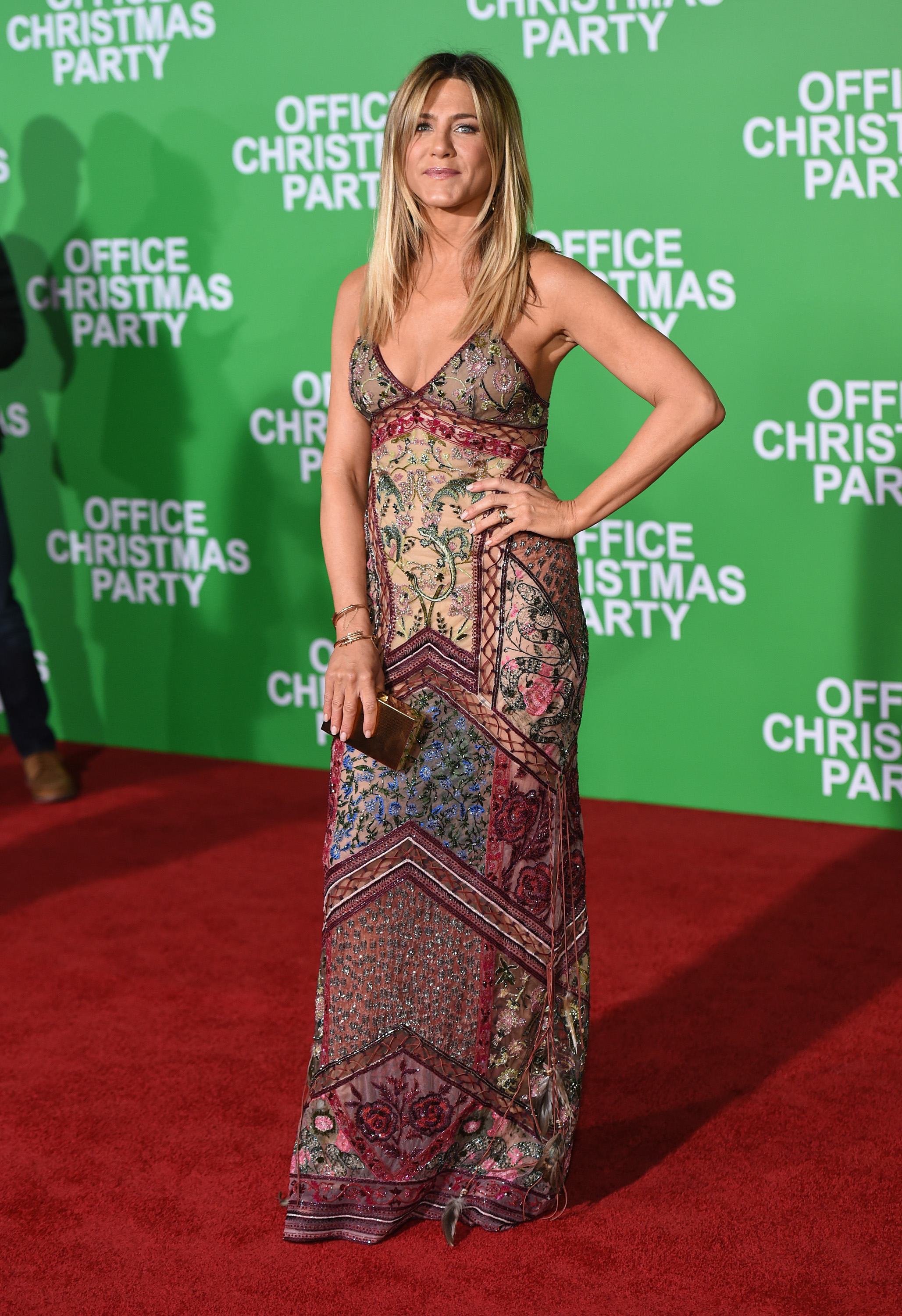