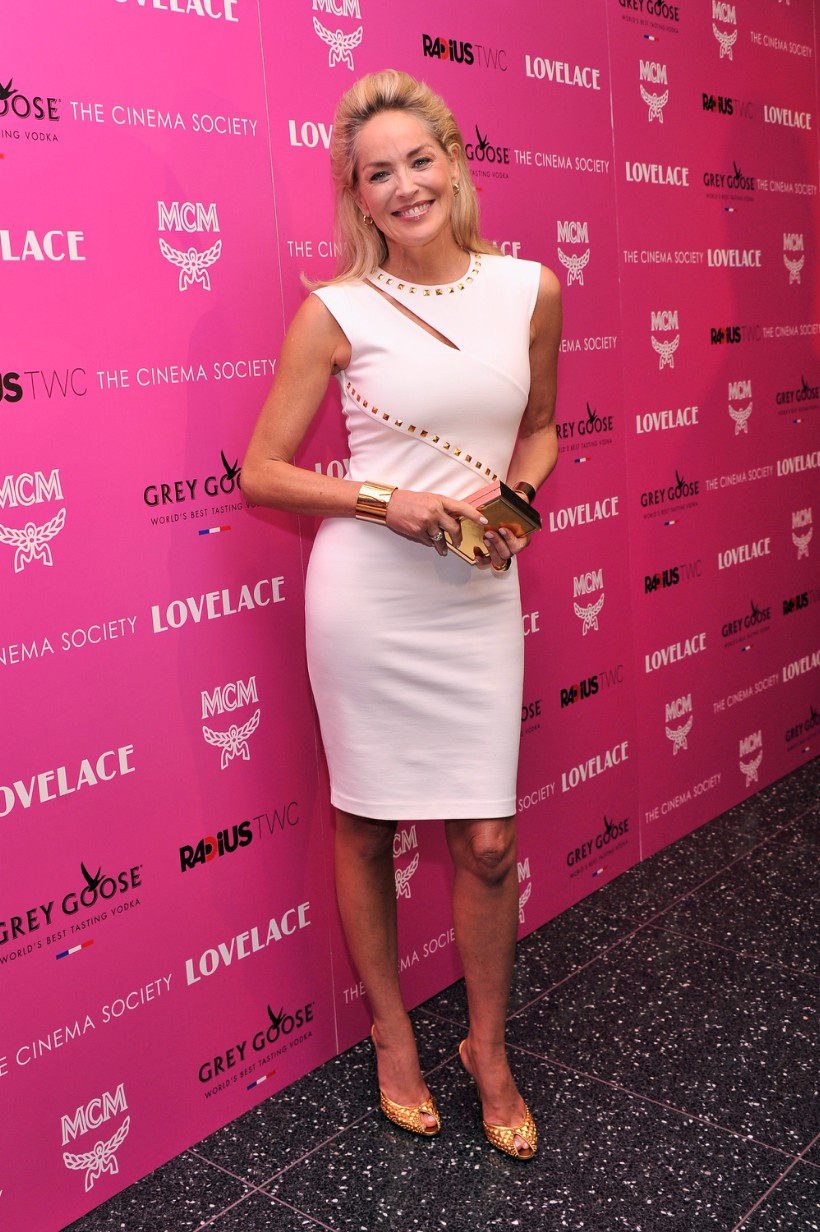 I read in this month’s Elle that Sharon Stone was really helpful and great to Amanda Seyfried as they filmed Lovelace — Sharon plays her mother, and apparently is great in the movie (which makes me happy, because of course I love Sharon. I might have been the only person alive who LIVED FOR HER on Law & Order). And you can tell from their body language in these photos that Sharon is obviously really protective of her younger co-star. I love the idea of Sharon Stone taking starlets under her wing, because say what you will about her, she has been through the slings and arrows of Hollywood and she is tough. I mean, she survived an aneurism and her husband got bit by a dragon. She never seems to me to be someone who would take any BS. I kind of want her to be my mentor, even if I think she is also kind of a crackpot. Oh, Lindsay. If you’d played your cards right, this could have happened for real.

It probably worked out for the best this way, though.

Unfug It Up: Rose Byrne

Fugs and Fabs: The Rest of the Lovelace Premiere