This is a very foofy princess dress — which has been the direction she’s taking for the press tour; for the record, I like the Foofy Princess Look From Several Brands so much more than that time she was contractually obligated to only wear weirdo efforts from Calvin Klein — and if you can’t wear a foofy princess dress for your London premiere as a teenager, WHEN CAN YOU?

You can tell here in this next snap that Millie BB’s makeup people didn’t do a great job matching her face to her chest and arms, but who amongst us, etc etc etc. Meanwhile, O’Shea Jackson Jr. just wants to talk about the fate of the Lannisters with the Lannister with whom he’s appearing in this photo: 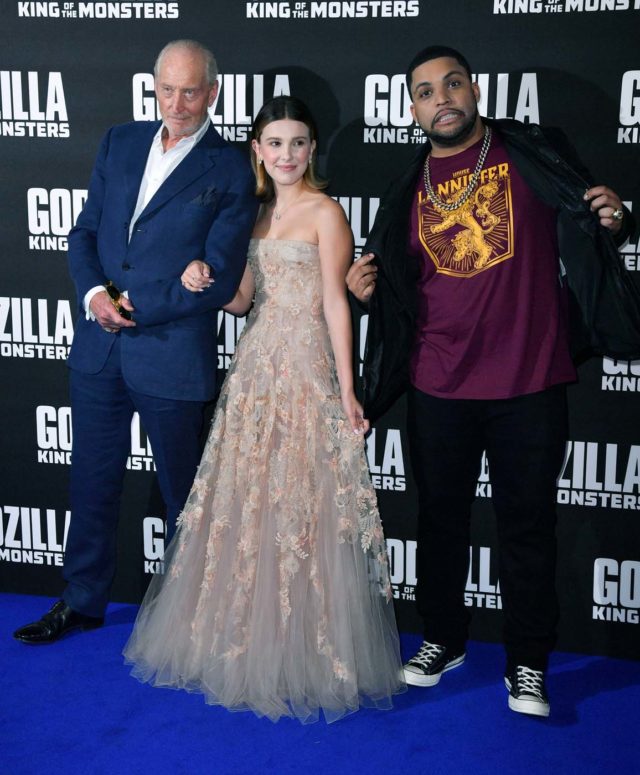 WHAT DOES TYWIN LANNISTER THINK OF HIS KIDS NOW?

Many Celebs Recently Made the Morning Show Rounds! In Outfits!