I’m so used to seeing Sandra Bullock in sleek stuff — pantsuits, jumpsuits, gowns, usually very clean and tailored. So of all the outfits I’ve stumbled across lately, this from the 2002 Murder By Numbers Cannes debut has to be one of the most surprising to me (clearly, I need to do a Sandy retrospective at some point). It’s very Cannes, in the sense that it’s garish and frilly and patchy and unafraid, but… strike out that last one and you’re still left with garish and frilly and patchy. And THEN you have the bangs and the choker, which make this very Laura Trashley. Messica McClintock. I half-expect to find out that when she twirled like this, it emitted a light smell of pot-pourri, like some kind of scented Barbie toy. At least she rolled with it? 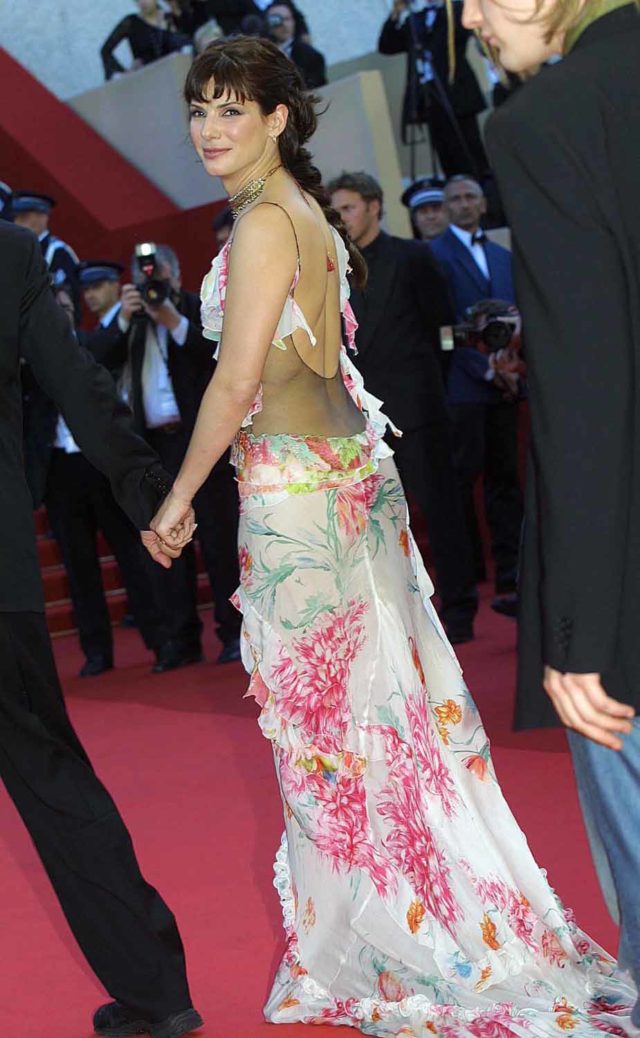 But that’s not even illusion netting. It’s just… backy-hose.

Fan Bingbing Has Worn Some Amazing Gowns at Cannes