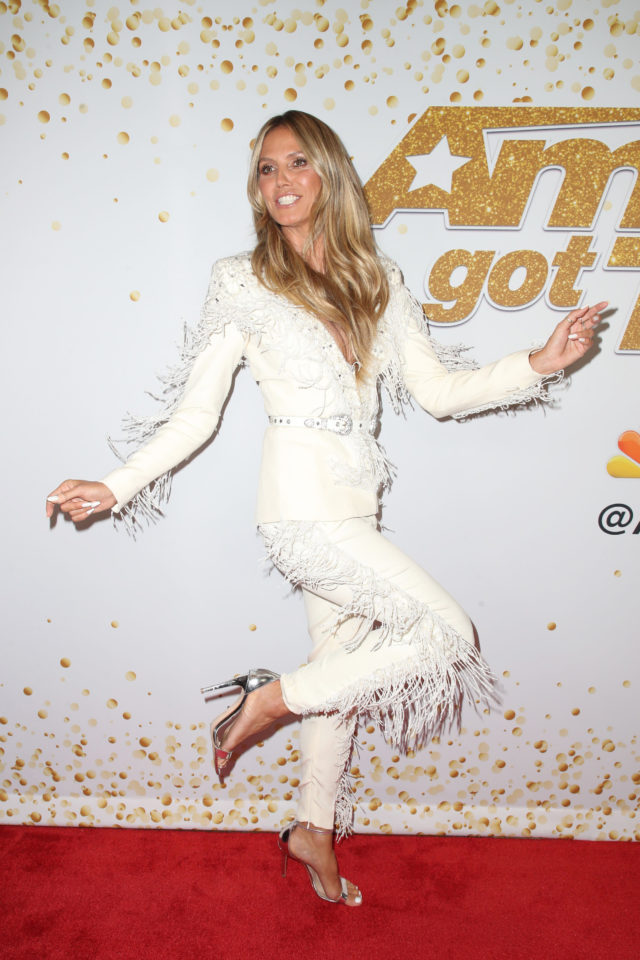 That isn’t even really a dig. I thought Western Barbie was VERY chic.

The best part, of course, is that Western Barbie had a feature wherein if you pushed a button on her back, she winked at you. The technology for this was not great out of the box and only got worse the more your Barbie lived, which meant that eventually she winked like a sassy old lush. You can see evidence of this even in the commercial:

(Yes, that is Tracey Gold from Growing Pains in that ad.)

I have confidence that Heidi’s wink is more streamlined than that, as is her fringe — but it’s no less impressive. Someone find this woman a hat.

Rose Byrne Serves Up A Good Old-Fashioned Fug or Fab