I just keep imagining the conversations between Rooney Mara’s stylist, and that stylist’s assistant, wherein the assistant keeps holding up, say, a green dress with a questioning expression, and the stylist sighs, “No. You know she’ll only wear black or white. I know. I know. But I’ve given up. She’s been utterly monochrome for years now.” So I’ve reached the point where I don’t know if I think something is unsuccessful in general, or just BORING: I mean, whatever.  Yeah, it’s a backwards apron dress too timid to go full mullet on us: 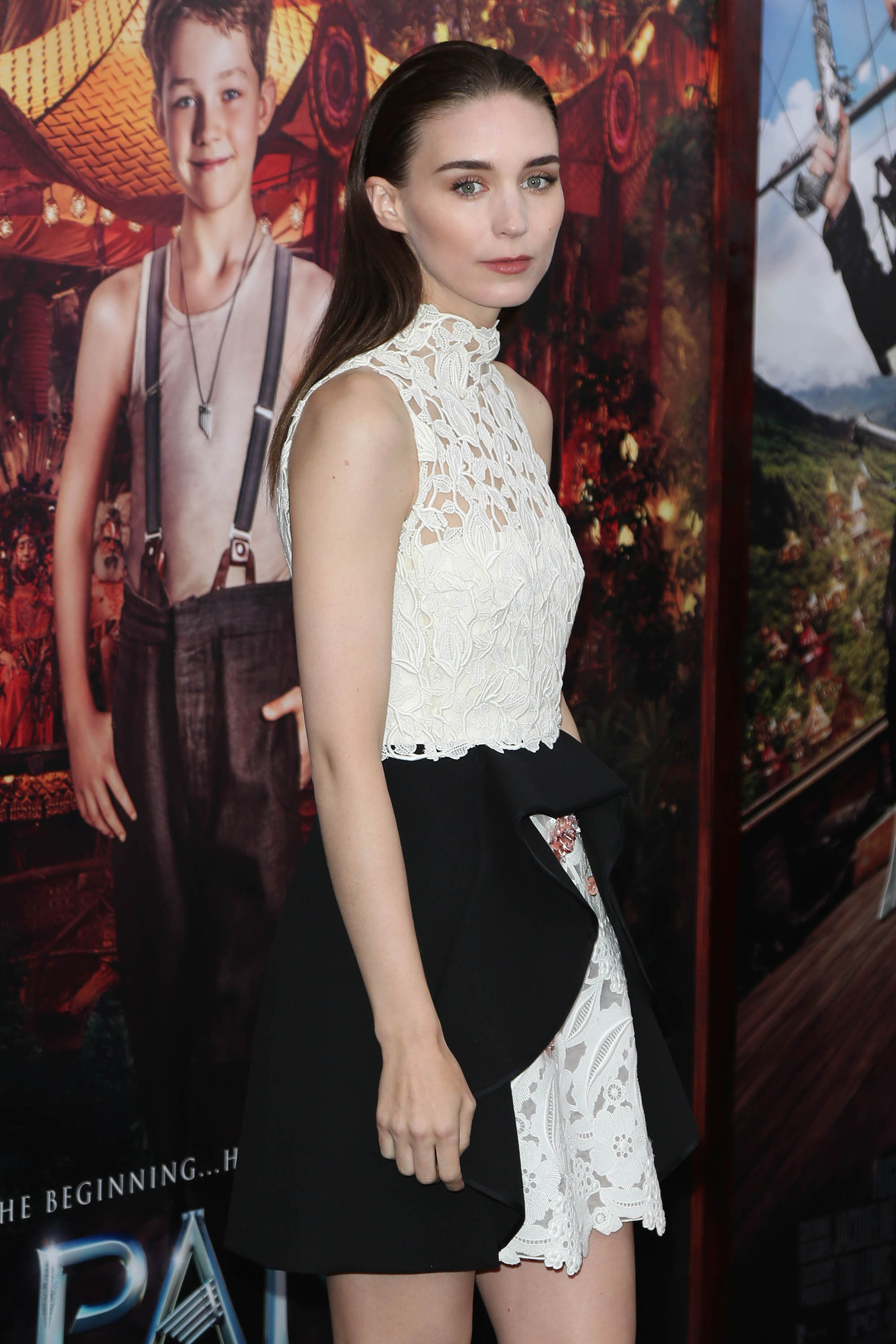 But I think I would have liked it on Emma Watson.

Here is the thing, and this might sound a little radical, but bear with me: Her black-and/or-white only wardrobe is slowly making Rooney feel like a celebrity non-entity to me. She hasn’t done enough big projects (especially recently), nor done enough press, to make a real impression on 80% of the world. We know who she is, but we’re paying attention. For most movie goers, she is — despite an Oscar nomination! — barely even a household name. Which, look, I don’t know her life and maybe what she really wants is to do Chekhov in tiny, obscure places forever and God speed, if so. I doubt it, though; Pan looks like a mess from the ads, but a Peter Pan adaptation always has the potential of being a very commercial project, and obviously so was Girl With the Dragon Tattoo. But when you’re consistently presenting yourself in black and white at press events and on red carpets, you start to train the on-looker’s eye to just flicker past you — we respond to color — and there are ten thousand tiny serious brunette actresses in the world. Now is not the time to be subtly, consistently inducing the movie-ticket-buying public to pay you no mind. Look, I’m not arguing that she needs to pop up at the next photocall in a red tube top for attention. But I think these press events are actually very smart ways for actresses to introduce themselves to the audience, or to remind us that we like them, or to catch our attention — take Lily James’s great press tour for Cinderella, for example. There is absolutely a way for her to be true to her personal style — which is a little goth, a little quirky, a bit what Vogue would call “directional” — without it making people subconsciously tune her out. So I guess that what I’m saying is, I’m starting to worry about Rooney Mara’s career, and, in short: maybe try blue next time?