Jessica and I are in full agreement that this might be the worst dress of the year — like, by a major celebrity at a proper event, not a D-lister desperate to break the Internet. Although honestly, all things considered, this might also be worse than any of those. It’s HEINOUS. It’s not just pizza; it’s pizza that fell off the roof of the delivery person’s car and then got crushed under the wheels of the car. It’s like someone broke into Big Bird’s dreams and supped on them until all that remained was a joyless carcass of a fantasy canary. It’s like Vegas, if Vegas got sick of being Vegas and quit to run a very small nightclub in Montana. Or, to put it bluntly, YOU LOOK A SAD, INEXPENSIVE FOOL, KLUM. 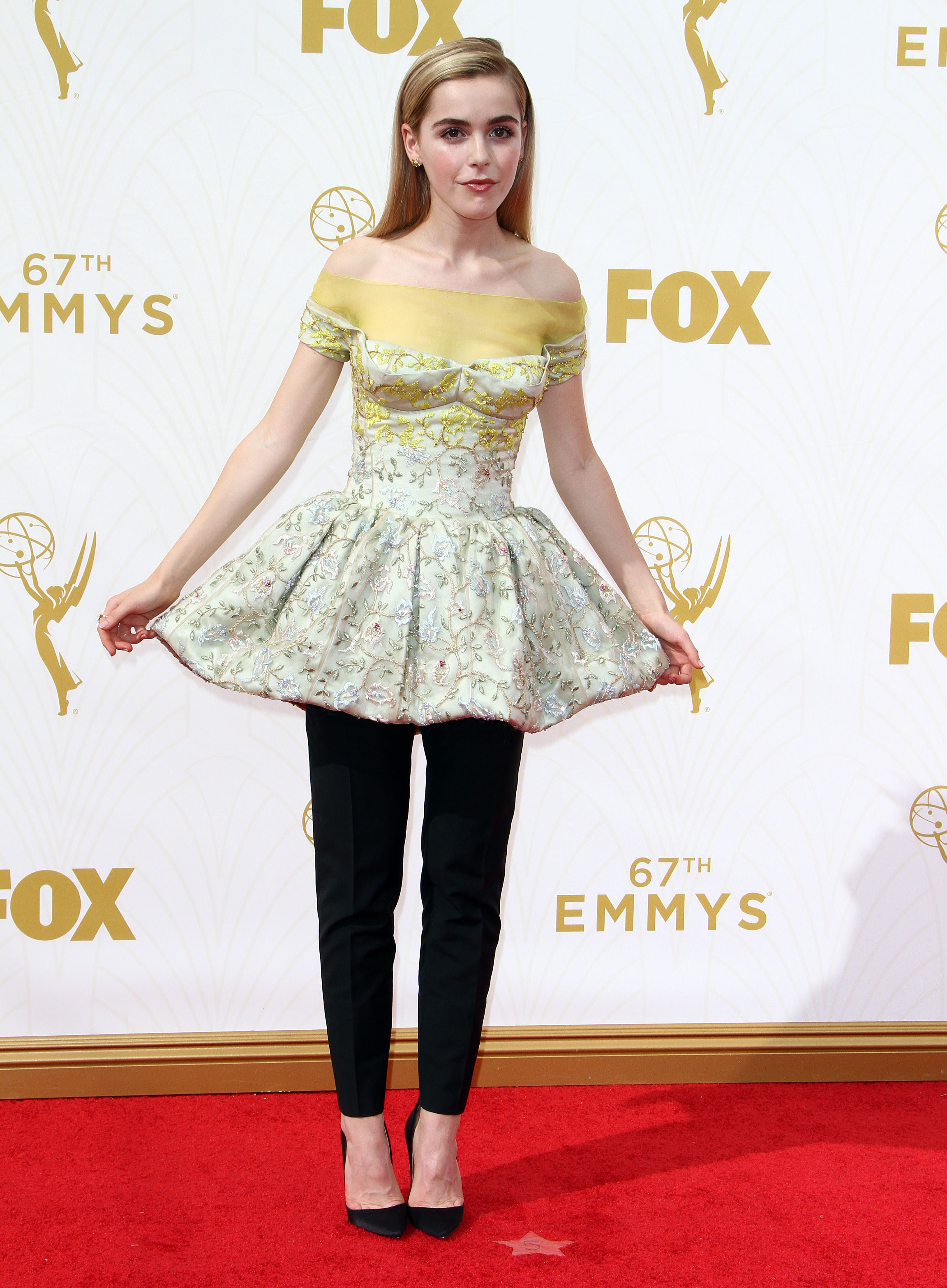