Charlize Theron: The Dior Giveth, And The Dior Taketh Away 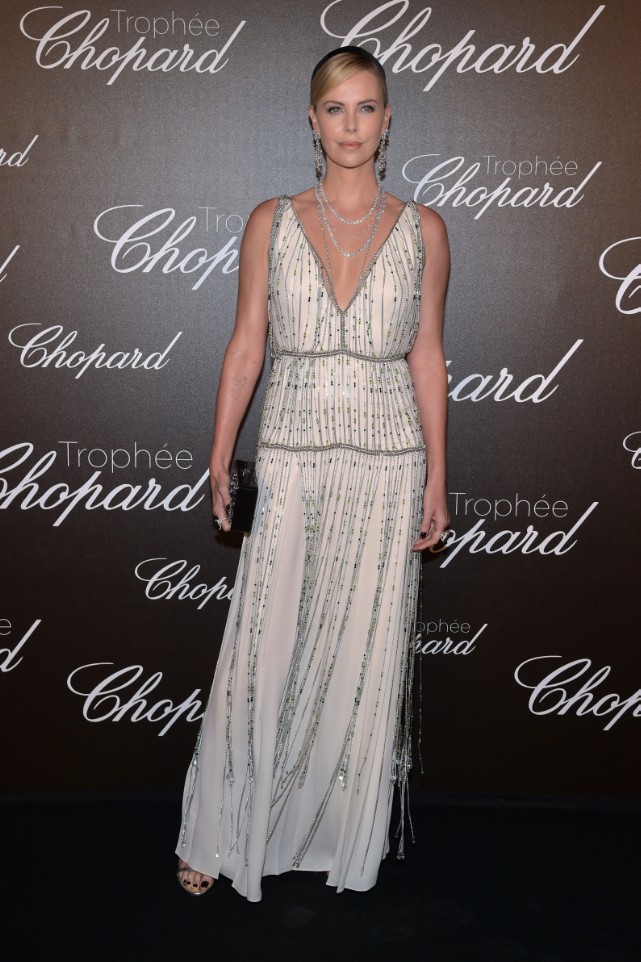 This gown is lovely: simple, retro, glamorous. And it works on her despite the fact that dresses in thirds rarely flatter the wearer. But given that my favorite Charlize is the one who saunters in wearing a sexy, dressy suit, I appreciate the similarly relaxed-but-beautiful vibe that this is creating. It’s cool.

And I led with that because the next thing she wore is less so: My original reaction was to say “ACK” and roll my eyes. Given all the other loveliness Dior unspooled onto the Cannes carpets for this event alone — we’ve got more coming, beyond just Diane Kruger — this feels stale and boring and itchy and almost stuffy, even given the thigh-high transparency. When I saw a picture of this from behind, I thought it would turn out to be one of the older French legends in the dress, but no.

But I’ll admit that Charlize does have the legs to sell this as elegant. My problem is, I’m not at home to this definition of elegance anymore. It feels lazy. Granted, she wouldn’t likely have worn the fairy-tale confection Kruger chose, nor either of the ones coming, and we know Charlize loves black and lace and transparency. But I wish Dior would coax her out of her zone. Make her something architectural, a little wild, or just hella f’ing French. For the big 70th Anniversary bash, this is a letdown; I keep waiting for a mind-blowing red capret moment from her and I’m starting to doubt that’ll ever come.

Besides which, hiking up your see-through sleeves ALWAYS ruins the illusion. And then it becomes: What is the point of having them there at all?

Patterns at the 70th Anniversary of Cannes (Cannesiversary?)