Michelle and Busy Get to Co-Star This Time Hooray: Our favorite best friends are back, this time on each other’s arms. Michelle is the busier actress on a global scale, so there are more chances for Busy to be her plus-one, but they both appear in this movie and so it must be extra delightful for them to celebrate something jointly. Until now I honestly had no idea Michelle was even in this. Maybe her part is small? She doesn’t seem to be trumpeting it that much, so it could be cameo-level, although Wikipedia lists her second. It was co-written and co-directed by Busy’s husband, so she may even have done it as a favor. I follow Busy on Instagram, and she’s been doing a lot of press for I Feel Pretty and seems genuinely proud of it, so I’m very excited for her that she got to have both her husband (presumably) and her one true soulmate at the party. Girlfriends are the best. 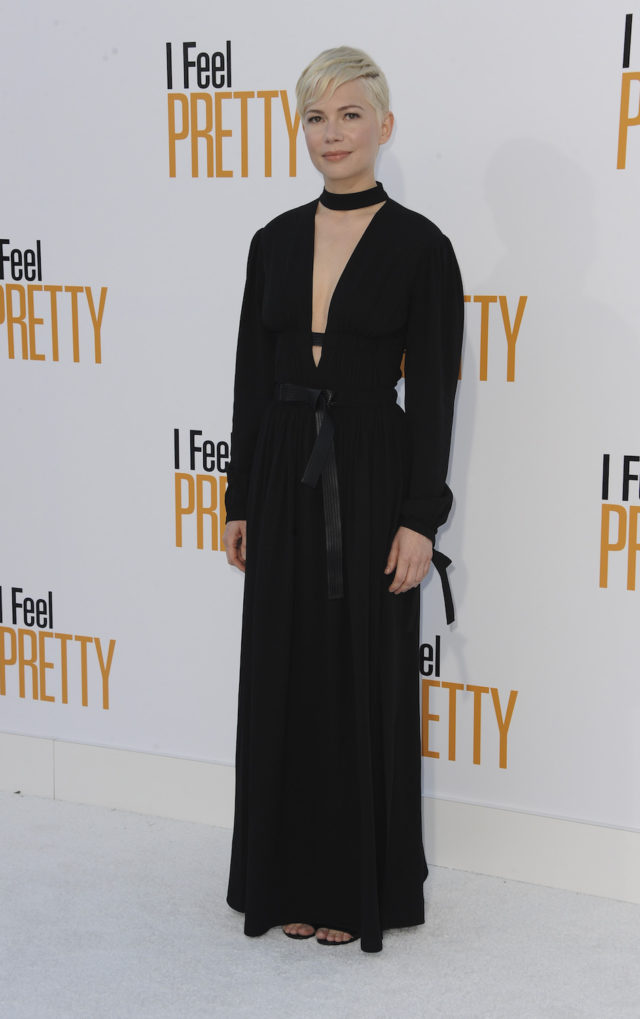 This is some very toned-down star wattage. It is a very boring Louis Vuitton that would look about 60 percent better without the collar. Still, she looks perfectly nice, as if she is saying, “I did this for my friends, but it was also quite relaxing to do something that wasn’t an angsty period piece.” (I hope she DOES try more comedies.) It’s also the supportive canvas against which Busy’s sparkles get to pop. Do I wish there was a bracelet in play? Maybe, but the neon manicure helps mitigate that a bit. I think she looks super, and like a superstar, to the point where I almost forgot this is technically Amy Schumer’s movie. Here’s hoping for more straight-up Busy Philipps joints in the future.

This Dress on Emily Ratajkowski Is Very Dumb